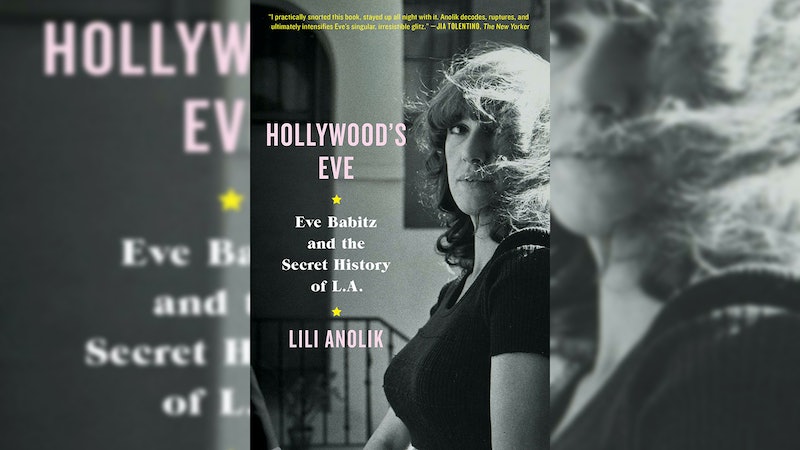 The writer Eve Babitz — whose books have been described as "dirty Joan Didion" — is one of literature's most underrated creatives. A veritable It Girl of the L.A. party scene in the '60s and '70s, Babitz may have been known for dallying with rock stars like Jim Morrison, but she also wrote seven books, including the novel Sex & Rage and the story collection Slow Days, Fast Company, both of which were reissued in recent years. And although her work — unflinching and often shocking looks at young womanhood, creativity, and life in California — display clear talent and creative bravery, she was never embraced like other writers of the time.

But Lili Anolik, author of Bustle Book Club's March pick, Hollywood's Eve: Eve Babitz and the Secret History of L.A., is trying to change all that. In 2012, Anolik tracked down Babitz, who had been living in virtual seclusion following a freak accident in the '90s. The Vanity Fair story that resulted — "All About Eve — And Then Some" — sparked interest in Babitz, and eventually led to Hollywood's Eve, which follows Babitz from her party-girl days to being discovered by Didion at age 30 to Babitz now, in her mid-70s, as her work is finally becoming recognized as essential of its time.

If you haven't yet picked up any Babitz's works, these 11 quotes below should be more than enough to convince you to add them — and Hollywood's Eve —to your TBR.