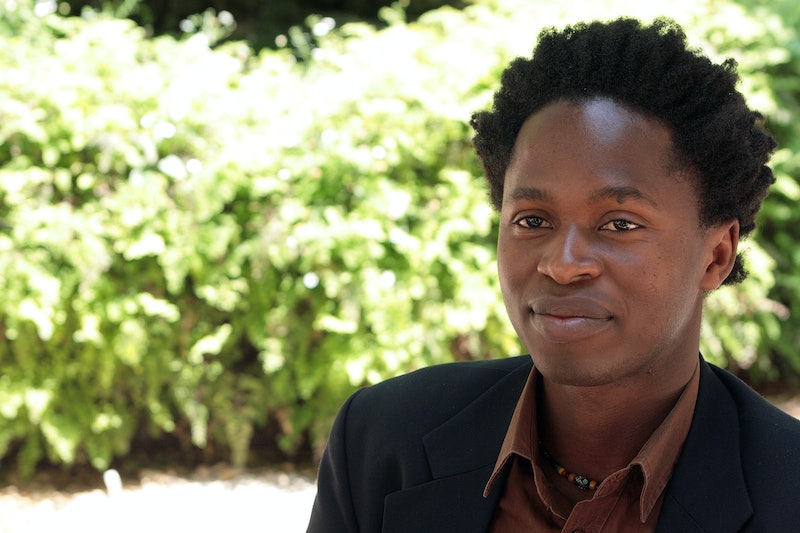 If you've already blocked out this past week of nauseating current events, let me bring you up to speed: Donald Trump signed an immigration order which has temporarily suspended refugee resettlement in the United States. If this horrifying injustice is ringing a faint bell, it might be because you've already read the story of a refugee who was denied entry to the United States on the grounds of "national security": Anne Frank. In another universe, she could have been a celebrated author still living and writing in America today. Instead, she died in a concentration camp at age 15. Here are several other famous authors who were once refugees.

Let's clear something up right away, though, because some people seem to be confused: refugees are human. 100% of refugees are real, human people trying to survive, like you and your friends and your Republican aunt. Whether they go on to be famous authors, or Steve Jobs' parents, or just ordinary, non-famous human people on the planet, every refugee deserves to live in safety.

These are just a few of the real, human people who fled from war and violence, and went on to become novelists, children's authors, and unflinchingly honest memoirists:

More like this
These 25 International Horror Movies On Netflix Prove Fear Is A Universal Language
By Bustle Editors
What Is A "Hot Girl Book" & Why Is Everyone Talking About Them?
By Samantha Leach
10 Must-Read New Books Out This Week
By K.W. Colyard
Nicola Coughlan Shared A Lady Whistledown Excerpt From ‘Bridgerton’ Season 3
By Grace Wehniainen, Alyssa Lapid and Sam Ramsden
Get Even More From Bustle — Sign Up For The Newsletter