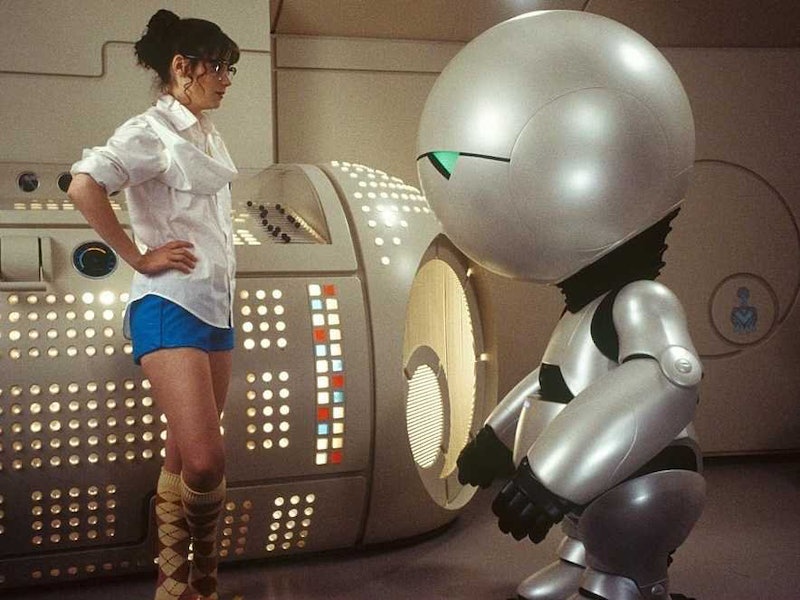 Martian princesses. Lonely robots. Ships that soar through time and space. Science fiction is a wide and varied genre and, between movies and video games and the seemingly endless parade of Marvel universe TV shows, sci-fi stories seem more popular than ever. Within that wild and woolly universe of science fiction fans, though, there exists the subset of sci-fi readers: people who enjoy reading about science fictional adventures just as much as (or even more than!) watching aliens exploding each other on the big screen. And, while every sci-fi reader is different, we all have a few key characteristics in common. Here are a few habits that all sci-fi readers are guilty of.

Even within the world(s) of sci-fi literature, there are dozens upon dozens of sub-genres. You might be on a strict dystopia diet, contemplating our authoritarian future with Katniss Everdeen and Winston Smith. Or you might be a sucker for robots who fall in love, cyborgs with identity problems, and AI that's gotten too smart for its own good. Or you might be all about aliens, space ships, parallel universes, time travel, ray guns, and all the accompanying thrills and paradoxes. Whichever flavor of sci-fi you like to read, you've definitely picked up a few sci-fi reader habits along the way: