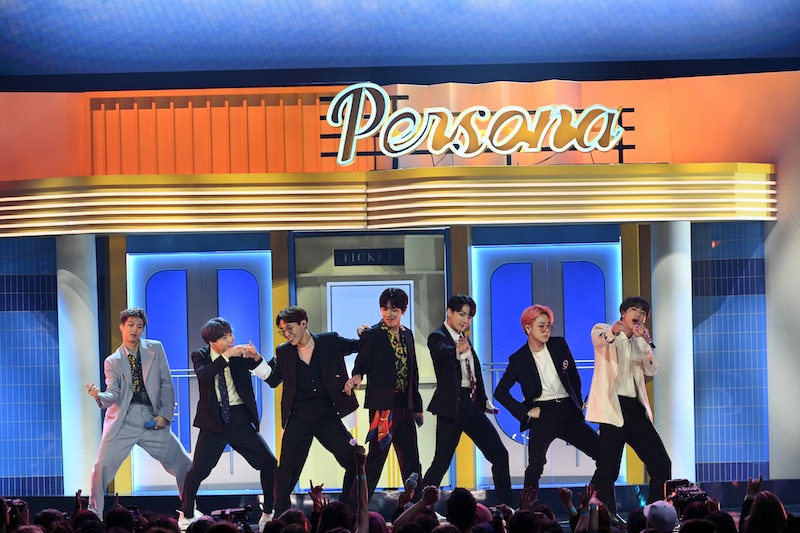 Six years ago on June 13, 2013, seven boys from South Korea made their official debut as Bangtan Sonyeondan ("Bulletproof Boy Scouts," or "Bangtan Boys") aka BTS. It's hard to believe that RM, Jin, Suga, J-Hope, Jimin, V, and Jungkook have been together for so long — or maybe it's harder to believe that after only six years, BTS has had so many iconic moments.

Their rise to success includes everything from breaking world records to collaborating with top artists like Nicki Minaj, the Chainsmokers, and Ed Sheeran. They've also managed to assemble a staggering amount of fans — they recently reached 20 million followers on Twitter — who call themselves the ARMY (and often act with the organization and power of one, too).

Like every year, BTS has been celebrating their anniversary with Festa, which is a two-week period where the members drop tons of new music and video content, like Jin's solo song "Tonight" or the video for the piano version of Jungkook's "Euphoria."

But just how did BTS reach this point on their journey, where it seems like all doors are open to them? This trip down memory lane should provide all the proof you need that BTS didn't come to play — and that if anyone deserves the titles "icons" or "idols," it's them.

More like this
Now That 'Renaissance' Is Here, Let’s Revisit Beyoncé’s First Solo Album From 2003
By Grace Wehniainen
Selena + Chef Season 4 Was Filmed At Hannah Montana's Old Malibu House
By Jake Viswanath
Lauv Is No Stranger To Taylor Swift, Drake, Ed Sheeran, & Fame
By Alyssa Lapid
Beyoncé Sent Flowers To “Masterpiece Genius” Madonna After The “BREAK MY SOUL” Remix
By Grace Wehniainen
Get Even More From Bustle — Sign Up For The Newsletter