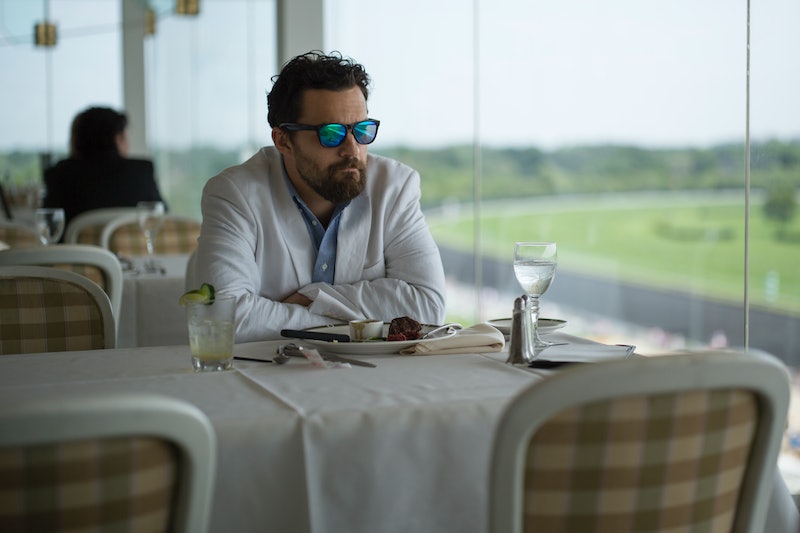 The line between distributors and producers is blurring. That's why when you open up Netflix, in addition to last year's theatrical releases and full seasons of network sitcoms, you also see dozens of selections bearing the service's red logo. Chances are, you already have watched and loved a Netflix Original TV series or several, like any of its New York-set Marvel dramas, the nostalgic monster thriller Stranger Things, or the steampunk adaptation of A Series Of Unfortunate Events. But every year, Netflix is continuing to put more muscle behind its original films too, attracting big stars and visionary directors. What's coming up in the next year? You'll definitely be hearing about these 11 Netflix Original movies in 2017, so put them on your calendar now.

It's just so decadent to be able to log into a service you already use and watch a brand new, high-quality movie on the day of its release instead of shelling out $15 for a ticket. And because Netflix movies don't have to meet the same expectations of a big theatrical release, the studio can be adventurous and creative in the projects it takes on. The service's schedule for the rest of the year includes a twilight-years romance, a true crime biopic, a live action manga adaptation, and a comedy about female wrestlers. Which will be your favorite? Check out these promising upcoming releases below.

1. The Most Hated Woman In America

Melissa Leo stars in this biopic about founder of American Atheist and vocal opponent of school prayer, Madalyn Murray O'Hair. While her work makes her nationally despised, you'll still be shocked by the strange and violent turn her life takes. March 24

Jason Segel and Rooney Mara are drawn to each other in the midst of a turbulent time for the human race. His father has confirmed the existence of an afterlife, and people by the droves are taking matters into their own hands to get there. March 31

New Girl's Jake Johnson stars in a film he wrote with his Drinking Buddies collaborator Joe Swanberg, playing a gambler who is somehow trusted by an acquaintance to guard his bag of cash while he's in the joint. It does not go well for anybody. April 7

Nicholas Hoult and Henry Cavill anchor an Iraq War drama. It's a true story about a platoon deployed to fix a village's water supply system, and screenwriter Chris Roessner penned the script from his own experience. Apr. 7

Director Joon-ho Bong follows up his bizarrely captivating apocalyptic train thriller Snowpiercer with a movie about a girl trying to protect her friend Okja — an unknown quantity of an animal — from evil poachers. Jake Gyllenhaal, Lily Collins, and Tilda Swinton all appear. June 28

Netflix will bravely face millions of particular fans head on by remaking this incredibly popular Japanese manga. Nat Wolff stars as a young man who finds a notebook that gives him the power to kill simply by jotting down a name. TBD

Moon filmmaker Duncan Jones is the brains behind this sci-fi thriller about a mute man (Alexander Skarsgård) trying to retrieve his love from the future while being hunted in his own right. Paul Rudd and Justin Theroux are his pursuers. TBD

8. First They Killed My Father: A Daughter Of Cambodia Remembers

Angelina Jolie directs an adapatation of the 2000 memior by Cambodian writer Loung Ung, who grew up during the bloody Khmer Rouge rule of the country. TBD

9. Our Souls At Night

Jane Fonda and Robert Redford play widowed and widowered neighbors who connect in a real way after politely sharing the same Colorado town for years. TBD

Broad City's Abbi Jacobson and Dave Franco are known for their comedy chops, but they're getting serious in 6 Balloons as siblings dealing with the heroin epidemic quietly spreading in their upper-middle-class neighborhood and the fallout of addition. TBD

Meet the mastermind behind National Lampoon's comedy legacy in this biopic helmed by Wet Hot American Summer director David Wain. Will Forte leads as writer Doug Kenney, and Joel McHale, who worked with him for several seasons on Community, will play National Lampoon's money-maker, Chevy Chase. And yes, the title comes from Animal House. TBD

With this many movies coming straight to your TV and laptop, you may never have to go to the theater again!