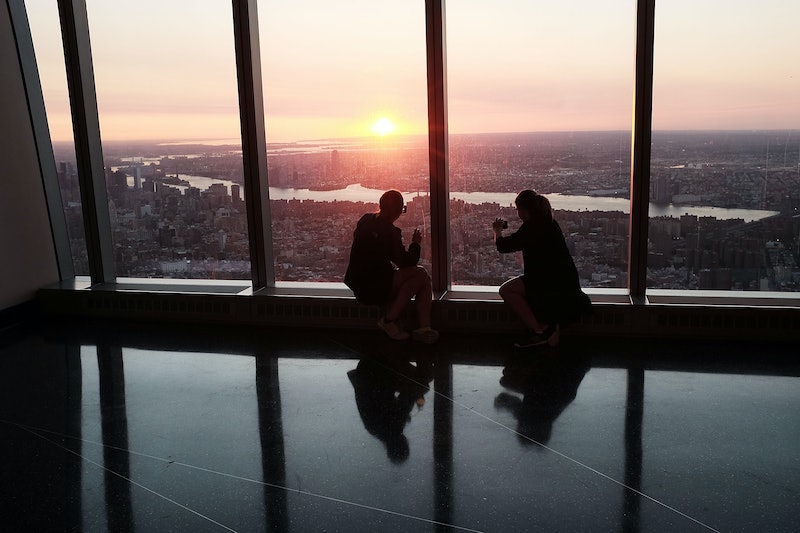 There are two types of people in this world: Early risers and night owls. The ongoing debate between which is better will always live on (team night owls forever), but let’s face the facts: We live in a morning person’s world. A majority of people have to wake up early to get ready for a nine-to-five job, and plenty of those people voluntarily wake up even earlier to hit the gym before work or make a well-balanced breakfast. Can you believe? For anyone who prefers to stay up later, mornings can be straight-up exhausting and may end feeling like a daze until your coffee kicks in. Luckily, if you tend to hit the “snooze” button a little too often, there are products that can help you become a morning person, even if you're the biggest night owl ever.

As Tonic reported, studies have shown there are benefits to being a night owl — such as increased creativity and productivity late in the evening. What’s more, most studies indicate night owls may even be a tad smarter than larks. However, on the flipside, research has discovered morning people are happier, experience less emotional distress later in life, and are more proactive on the whole. And, as Smithsonian reported this past April, a recent study found night owls have a 10 percent higher risk of dying early (though the scientists behind the research aren’t sure why).

There are pros and cons to being both a morning person or a night owl. Emerging science suggests that, on some level, your preference may be genetic. However, that doesn’t mean you’re doomed to a lifetime of groggy mornings if you are a night owl with an early schedule. Here are 11 things that can help you be more of a morning person.

More like this
Got Brain Fog? Here Are The Best Supplements For Memory & Cognition
By Carolyn Steber
This Psychological Effect Might Be Keeping You From Hitting Your Goals
By Lexi Inks
20 Smart Devices Under $35 That’ll Change The Entire Vibe Of Your Home
By Emma Carey
12 Easy Halloween Costumes You Can Wear With A Denim Jacket
By Kirsten Nunez and Bustle Editors
Get Even More From Bustle — Sign Up For The Newsletter