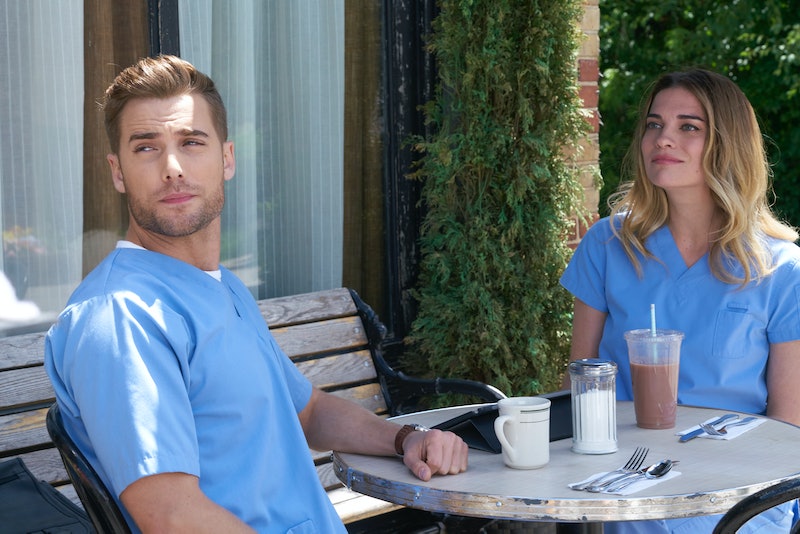 The Rose family may get most of the attention on Schitt's Creek (and rightfully so), but they aren't the only lovable characters in the town. Ted Mullens might have started out as Alexis' kind of bland love interest, but this hunky vet with a heart of gold has become so much more than that. He's a pivotal part of the series, not only for making Alexis a better person, but for bringing his own brand of humor to the table. Honestly, Ted's dad jokes on Schitt's Creek are only one of many reasons why you should be watching this show, but it has yet to get the true appreciation it deserves. That needs to change right now.

David's sarcasm, Moira's accent, and Stevie's deadpan one-liners all succeed in making the sitcom the cult favorite it is today, but Ted is the comedy underdog of the show. More often than not, dad jokes deserve to be met with a dramatic eye roll, but Ted somehow manages to make it endearing and allows you to fall in love with his character even more. So let's just all take a moment and look back on some of Ted's nerdy yet adorable dad-like zingers.

1. When He Became A Master Of Puns

If only those dogs could fully appreciate his greatness.

2. When He Thought Miming Something Was A Good Idea

Oh, sweet, sweet Ted, who has been teaching you such things?

3. And Making This Facial Expression

This is definitely one of those sink-into-your-seat, "Dad, stoooop" kind of moments.

4. His High Five Game Is Just As Bad

More like Adult Face-Palm, right? (Love you, Ted, but this is super awkward.)

5. When He Put A Dad Spin On Getting A Motorcycle

"My day's been stacked, doing rounds to some farms, checking on the animals, and now some house calls, But I gotta say, it's a lot more fun now that I've got this puppy. Pun intended." Classic dad moment.

6. When He Didn't Quite Understand How Technology Works

You are too pure for this world, my friend.

7. When His Passion For Bunnies Knew No Bounds

Way to "hop" on that crusade for bunny rights, Ted.

8. When He Turned To Some Old School Romance

Such a dad line to use, so why is it so swoon-worthy?

9. When He Revealed His Idea Of A Wild Childhood

Way to live on the edge, Ted!

"The wallet that you gave me was still in there, and I had forgotten to take some of the cards out, and I was actually only one stamp away from a free sub," he told Alexis. RIP to all the free subs that could've been.

Ted has puns for days.

Thank you for all the (not-so) wonderful jokes, Ted. Never change — no matter how much David and Alexis try to mock you.