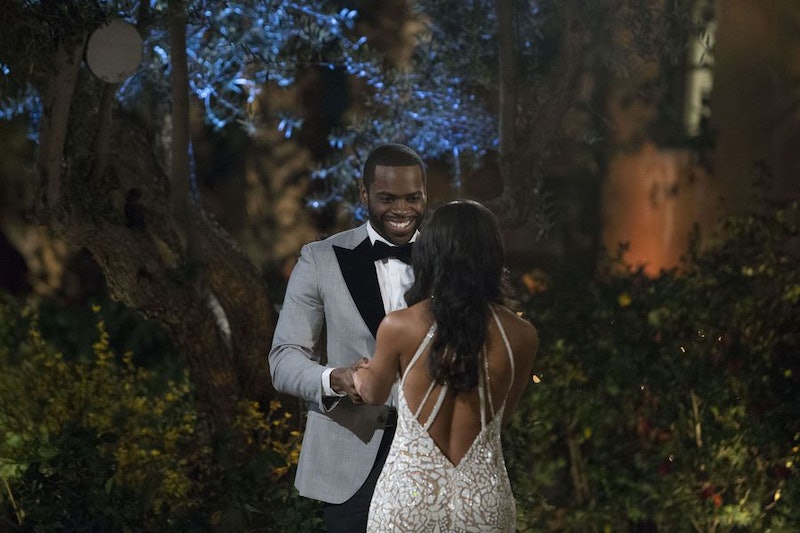 There’s still two dozen suitors looking for love on The Bachelorette, and the only thing harder than guessing who Rachel Lindsay will eventually fall for is remembering all the guys’ names. In the first episode, Josiah made a strong first impression by sharing the story of his tough upbringing and, before the rose ceremony, by making his passion for winning Rachel’s heart into a bit of a contest. But if you look at pictures from Bachelorette star Josiah’s Instagram, he’s actually a very different guy when outside of the incredibly competitive context of The Bachelorette. With each episode’s two hour running time filled with lots of drama from contestants like Lucas “Whaboom,” there isn’t much time left to get to know the real contenders like Josiah.

When it comes to falling in love on television, the fans only see the most dramatic moments, and there's plenty that winds up on the cutting room floor. Certainly, Rachel, as one of The Bachelorette’s best lading ladies, knows what to look for, since her first few eliminations have been right on. So whether she chooses to be with Josiah or to send him home, it will be based on the qualities that are clear from looking at his Instagram pics.

He Learned How To Dance For Rachel

As Josiah explained in the caption below this shot, he started taking salsa lessions with a coworker after finding out that Rachel loves to salsa... looks like his obsessive approah to winning Rachel's heart strikes again.

Most of the guys wear suits on the show, or wind up covered in sweat (and/or mud) after a particularly strenuous group date. But it looks like Josiah always likes to keep things sartorially creative.

He Likes Working Out Regularly

Yes, it seems like this impromptu bicep curl is a bit of a joke, but it does look like Josiah doesn't miss many workouts. He's in good shape, is what I'm trying to say. And Rachel loves her a corny joke, so this is the type of thing that would make her laugh.

He Has The Most Adorable Baby Nephew

It's almost certainly too soon to be thinking about hometown visits, but this little guy would certainly steal the show if Rachel ever went home to meet Josiah's family.

He's Not Always In Competitive Mode

Usually, Josiah has his most intense game face on when the cameras are rolling, but it looks like there were some moments backstage when her got the chance to relax, hang out with the rest of the suitors, and not worry about winning Rachel's heart.

He's Willing To Stand Up For His Beliefs

After the Trayvon Martin verdict in 2013, Josiah attended a demonstration protesting the decision, and he wrote "it just felt special being there."

He Has A Community Of Support

When Josiah graduated from law school in 2014, he posted this heartfelt photo with everyine who attended his graduation with the caption "The level of support I received today was indescribable. Without y'all, this wouldn't be possible."

He Recently Made A Big Career Change

On April 28, Josiah posted "Today is my last day as an Assistant State Attorney for Broward County. ... I will join the law firm of Kelley Uustal in their Personal Injury and Tobacco litigation unit and fight for those who have been catastrophically injured." So he's making a shift from prosecutor to personal injury law — as a fellow lawyer, he bonded with Rachel, so I wonder what she thinks about this change.

While plenty of Bachelor and Bachelorette contestants immediately turn to Instagram to share their every thought (and even make a little money). But so far, Josiah has refrained from any excessive posting.

He Was Recently In Mexico

At the end of 2016, Josiah took a trip to Cabo with what looks like a few friends in order to have a bachelor party trip. November predates when The Bachelorette filmed, so unfortunately, there aren't any clues about his future on the show — they weren't celebrating Josiah finding love.

One way for Josiah to distinguish himself among the rest of The Bachelorette contenders is by his ease with children. Just like Kenny, who has a daughter of his own, Josiah could stand out by not being afraid of having kids, taking care of kids, or shouldering the responsibility of being a parent — something Rachel definitely wants.