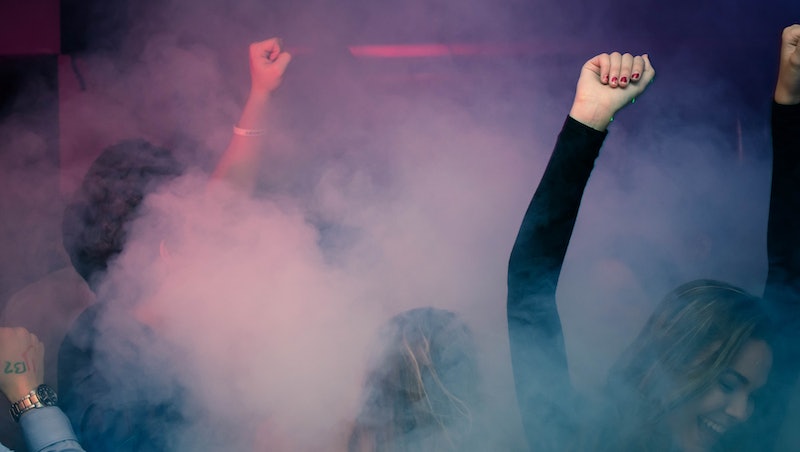 Last week, the CEO of Buffalo Wild Wings blamed flagging sales on the dining habits of millennials, prompting news stories declaring that millennials are “killing” restaurant chains. This generational blame-game is nothing new. If recent headlines are anything to go by, there are so many things that millennials have ruined that it’s a wonder anything exists at all anymore. Truly, the trail of millennial destruction is vast, leaving everything from restaurant chains to golf to relationships (yes, relationships) burning in its wake.

The media has been shouting, “Millennials are the WORST” for years. Back in 2013, TIME famously labeled Gen Y as the “Me Me Me Generation,” in what was only one of many trend pieces to lament the laziness and entitlement of today’s young adults. Research has shown that stereotypes of millennials as selfish, work-averse job-hoppers who don’t care about humanity are false. Folks who were born between 1980 and 2000 are actually hardworking people who care about the social good. Nevertheless, complaining about millennials remains a beloved national pastime. (As The Wire has pointed out, every older generation likes to complain about the younger ones — change is hard, and people like to lay blame on others.)

These days, millennials aren’t getting flak simply for their perceived awfulness — instead, they’re getting the blame for ruining entire industries with their refusal to conform to the spending habits of previous generations. As Business Insider has recently pointed out, headlines are blaming millennials for the decline of dozens of industries, with “victims” of the millennial murder spree including such beloved institutions as paper napkins and vacations.

Together, these reports would seem to suggest that millennials have launched some sort of coordinated effort to destroy everything beloved by Baby Boomers and Gen Xers, just for the hell of it. But in truth, much of this change has been brought on by Boomers themselves. Most millennials came of age during a major recession that it’s fair to say they did not cause (given that they were children when the financial decisions that led to it were made). Millennials are still feeling the effects of that economic upset: Many are saddled with student loan debt, and they’re facing a job market that is increasingly based on contract work. It makes sense that their spending habits might not be the same as that of their parents and that they are delaying some of the major life events that have traditionally marked adulthood. It’s true that millennials are buying fewer houses and postponing weddings — but that may have to do more with a lack of resources and an understandable sense of caution than a rejection of traditional values.

Other shifts in how people spend money can be traced to technological advancement — as new technology changes the way we consume media, communicate, and shop, it’s natural that industries built around older tech will suffer. Although the closures, lay offs, and other losses that go along with these changes are lamentable, it’s silly to say that millennials have “killed” these industries, just as it would be ridiculous to blame Gen X for “murdering” the audiocassette business or Boomers for “destroying” the eight-track.

With that said, here are just a few of the institutions that millennials have shamelessly ruined:

In a recent letter to shareholders, Buffalo Wild Wings CEO Sally Smith discussed how millennials are affecting casual dining chains like Buffalo Wild Wings and Applebee’s. “Millennial consumers are more attracted than their elders to cooking at home, ordering delivery from restaurants, and eating quickly, in fast-casual or quick-serve restaurants,” Smith wrote. As millennials have moved away from places like TGI Friday’s and Chili’s, they’ve flocked toward fast-casual chains like Panera and Chipotle, which they regard as relatively healthy and fast. “The healthiness and the speed of service — that's been taking market share from casual dining,” Wedbush analyst Colin Radke told Business Insider. These types of restaurants also offer food at lower price points, which is another attraction for millennial diners.

A 2016 survey found that many millennials are forgoing paper napkins in favor of paper towels, with 56 percent of customers reporting that they had bought paper napkins in the last six months, and 86 percent saying they’d bought paper towels. These numbers are part of a 20-year decline in paper napkin use. Fifteen years ago, sixty percent of households regularly used paper napkins, while just over 40 percent would say the same now. Dan Nirenberg, marketing director for napkins for Georgia-Pacific, told The Washington Post that this change is at least in part due to the spending and eating habits of millennials. He said that Gen Y likes paper towels because they can perform multiple functions and regards paper napkins as “one less thing to buy.”

In 2014, Forbes asked, “Will The Millennial Generation Kill Home Depot?” Millennials are buying homes later than their predecessors; a 2014 Census report found that home ownership among people under the age of 35 was at a record low, and in 2015, the median age of a first-time home buyer reached a record high of 35. This delay in home buying has a number of causes, chief among them the heavy burden of student loan debt that plagues many millennials post-college. Millennials are also marrying and having children later than previous generations, which in turn affects their housing needs. With so many millennials renting, living at home, or living in other alternative housing arrangements, there’s some question as to how brands like Home Depot and Lowe’s, which cater to homeowners, will cope with the changing market.

Movie theaters have seen a drop off in sales in recent years, especially among millennials. In a 2016 article titled, “Millennials are killing the movie business,” the New York Post reported that in the previous three years, the number of movie ticket buyers between the ages of 18 and 24 declined by more than a third. Some of that reluctance to go to the movies is rooted in the rise of streaming platforms like Netlfix and Hulu, which allow people to watch movies from the comfort of their own homes, for less money than a trip to the theater.

Yes, it’s true. Millennials are attempting to ruthlessly murder the beloved midday meal. In March, Fortune reported that lunchtime restaurant dining declined by 2 percent in 2016. Millennials have started replacing dining out for lunch with snacks, in part, Fortune reports, because they see snacks are healthier, more convenient, and cheaper than going out.

Forbes cites a number of reasons for millennials’ lack of interest in the game: Millennials aren’t attracted to the exclusiveness of golf clubs; at 4-plus hours, the game takes too long; the golf world lacks diversity; the rules are overly complex; and playing is expensive — millennials are especially hesitant to buy pricey equipment that only has a single use.

A 2016 study in the Journal of Hand Therapy found that the average hand strength of men and women has decreased since 1985. Despite headlines declaring that millennials have ruined handshakes, researchers say that the change in grip strength has less to do with a lack of moral fiber than with changing work habits in the last three decades. “Work patterns have changed dramatically since 1985, when the first norms were established,” study co-author Elizabeth Fain of Winston-Salem State University told NPR. “As a society, we're no longer agricultural or manufacturing … What we're doing more now is technology-related, especially for millennials.”

A 2016 report found that “work martyrs” — that is, workers who don’t take off their allotted vacation time for fear of being seen as replaceable or insufficiently dedicated — are especially prevalent among millennials. In fact, 43 percent of millennial workers fall under the “work martyr” label. Some have argued that this martyrdom sets a damaging precedent for other workers, who may in turn feel pressure to forgo vacation time. (Research has shown that vacations are good for you and your boss!) Millennials’ reluctance to take time off is understandable, even if it is regrettable — as the newbies in the workforce, their jobs are the least secure, and they’re still feeling the effects of the recession and a difficult job market.

Last year, the Associated Press reported that many hotels chains are altering their rooms to appeal to millennial customers. New rooms will have minimalist layouts, without some of the amenities that have previously been standard, included full-sized desks. The change might allow for more efficient, less expensive rooms, but the shift has been unpopular with the older crowd, especially people who travel hundreds of nights a year for work.

There have been a lot of trend pieces in recent years about millennials and wine. Millennials, it turns out, love wine. In fact,in 2015, we drank 42 percent of all the wine consumed in the United States — so it makes sense that wine makers are working double time to cater to the millennial market. That means getting creative with social media and technology, and adapting to the fact that millennials don’t seem to care all that much about corks vs. screw tops and how long wine has aged.

All of this has made some wine traditionalists unhappy, but change isn’t always a bad thing. As Rick Vansickle wrote last year in Quench, “[Millennials] are making their own set of rules, and are changing wine consumption. But, again, they are NOT killing wine. They are reshaping it, and if you’re are a winery thinking about your future, you better take notice.”

In 2015, SheKnows published an article titled, “Millennials are killing relationships and we should be concerned.” Author Ally Hirschlag lamented, “Relationships and emotional commitments may simply be too much to expect from the ‘want it right now’ generation.” Hirschlag expressed concern that millennials are so enmeshed in hookup culture that they avoid words like “boyfriend” and “girlfriend,” and that the lack of such labels is “leaving these poor creatures floating from one non-thing to another like lost souls in dating purgatory.” As dire as this sounds, stereotypes of millennials as commitment-phobic, app-obsessed, serial daters are about as accurate as most stereotypes (so, not very). In fact, a study that came out just last week found that most millennials do not want to stay single, and other research has suggested that, despite the many frustrations of online dating, Gen Y is still optimistic about finding love. So, you know, no need to worry about propagating the species just yet.

More like this
You Can Stay At The 'Hocus Pocus' House On Airbnb
By Alexis Morillo
Craving The Beach? Here's Your Guide To A Solo Vacation In Turks & Caicos
By Alexis Morillo
Black Women's Equal Pay Day Highlights An Upsetting Problem
By Brandi Neal
10 Stranger Things-Inspired Halloween Costumes For True Fans
By Emma Carey
Get Even More From Bustle — Sign Up For The Newsletter