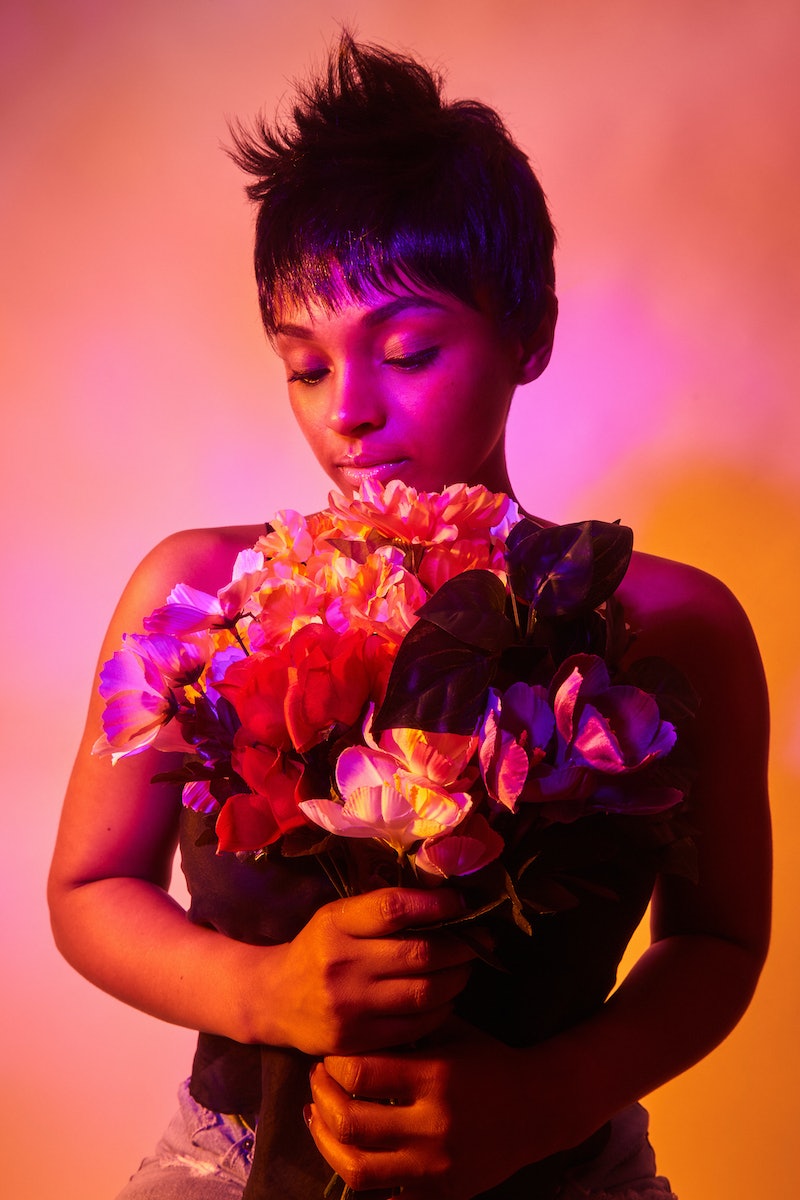 It seems like people are always comparing Millennials to older generations... and usually criticizing us for something in the process, whether it's our "entitled" attitude or how we're all supposedly addicted to our smartphones. And the dating and relationship habits of Millennials are no exception to this criticism — in fact, the modern dating scene is something older generations *love* to complain about. The common assumption is that our app-focused search for love means that Millennials only care about hookups and are allergic to commitment, but truthfully, that's total BS: Millennials are super interested in finding love, and are actually optimistic about their dating lives.

If you need more convincing that all Millennials aren't jaded, cynical hookup machines, new data from YouGov reveals that Millennials are actually *less* likely to be interested in staying single than older generations. According to YouGov's survey of over 2,000 U.S. adults, only 24 percent of Millennials (those aged 18-34) said they were interested in remaining single, while 45 percent of those 55 and up said they viewed being romantically unattached as a positive thing.

"Younger people tend to see relationships and dating in much more positive and idealistic terms," Jonathan Bennett, dating and relationship coach and owner of The Popular Man, tells Bustle. "However, older people, who might have endured years of dating frustrations or dysfunctional relationships, have a lot more cynicism (or according to them realism) about the whole process."

Millennials Are In A New Dating Landscape

It's no secret that the way we date has changed: finding a partner nowadays is, understandably, a totally different process than what our parents and grandparents experienced. But despite all the problems that come with using dating apps, Millennials are still optimistic about finding a relationship — in fact, a 2016 VICE study found that the biggest fear for a whopping 42 percent of single Millennials was never finding love.

"Millennials face a new world that complicates relationships," Bennett says. "In the past, people met locally, married young, and planted roots in a local community. Now, the Internet has expanded the geographical boundaries of dating. More men and women go to University than ever, which delays marriage. In addition, many people prefer to travel for a job or are forced to for economic security. But, in spite of these challenges and changes, Millennials have still remained relatively optimistic about relationships and have adapted to the changes."

Why Are Older Generations More Content With Being Single?

On the flip side, the YouGov data reveals that a lot of older people are totally content to fly solo in their later years. The survey found that 31 percent of those aged 35-54 and 45 percent of those 55 and over said they're not married or in domestic partnership simply because they're "happy to remain single."

"Contrary to popular belief and stereotype, a lot of older individuals are having sex and not necessarily in committed relationships."

"Some older people prefer the single life because they spent their whole lives in relationships," Bennett says. "They’re at a point where they simply want to live life on their terms and find enjoyment in it. Contrary to popular belief and stereotype, a lot of older individuals are having sex and not necessarily in committed relationships."

But not everyone in the older generations has avoided becoming jaded over time: eight percent of those between 35 and 54 and 30 percent of those over 55 said they're still single because they've been married before and don't want to be again.

"A lot of older people have been through bad previous marriages with ugly divorces," Bennett says. "Those who have remained unmarried might have seen their friends and family go through the ugliness of separation. Many of them would rather avoid the complications of marriage and the possibility of a messy failure."

The Truth Behind Millennials' Dating Optimism

So why the huge disparity between how Millennials view relationships versus how older generations look at all that lovey-dovey stuff? The slightly cynical answer might be that we simply haven't had enough life experience under our belts to become properly disillusioned with the idea of finding true love. Another possible explanation is that, in pop culture, there's such a focus on finding "The One" that it's understandable why many Millennials still strive to find that kind of relationship.

"Many young people still think in terms of soulmates or 'The One" while older adults are more cynical about that possibility," Bennett says. "In addition, there is still a lot of pressure on young people to 'get married and settle down.' Most young people want to optimistically pursue the fairy tale marriage they watched in movies growing up."

So no matter what your stance is on finding ~true love~ someday, it's clear that all this "Millennials are all hookup-oriented and don't ever want to settle down" nonsense is not true. At the very least, it's heartening to know that we might have more in common with older generations than we thought — and that no matter your age, you can still find a partner to journey through life with.