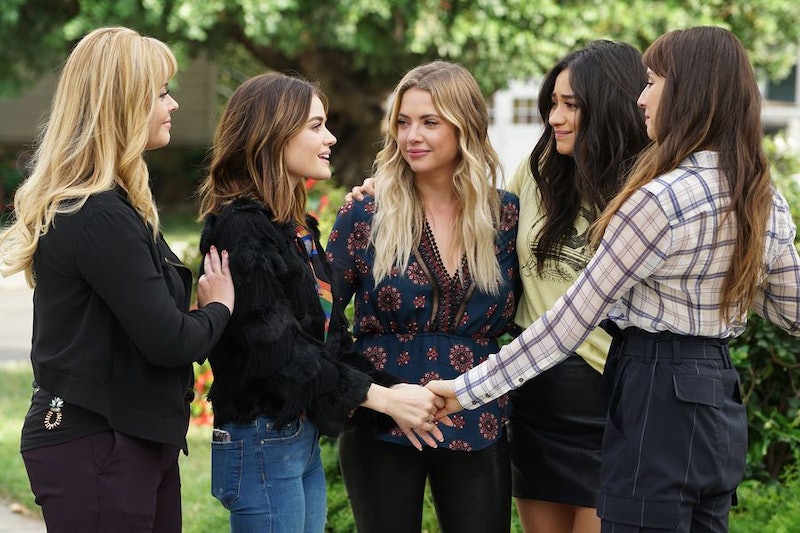 Alright, everyone, take a deep breath because life as we know it is about to change dramatically. I am, of course, referring to the Pretty Little Liars series finale, which marks the end of an era and means that our Tuesday nights will never be the same. And that's to say nothing of the days in between episodes, and the hiatuses between seasons — after all, PLL devotees never, ever stop theorizing. So, it's going to be a major adjustment when A.D. is unmasked and the closing credits roll one last time. There are just so many things I'll miss about Pretty Little Liars that I simply don't know where to start.

The series changed the teen drama game in a major way. Although it would be easy to chalk it up to a "guilty pleasure," Pretty Little Liars deserves way more recognition than that. Between its complex, multi-layered mysteries (complete with sophisticated literary and film references as clues) and its handling of issues such as mental illness and bullying, the series managed to cover a whole lot of ground during it's seven seasons.

It's hard to narrow down the list, but here are the top 11 things I'll miss most about Pretty Little Liars.