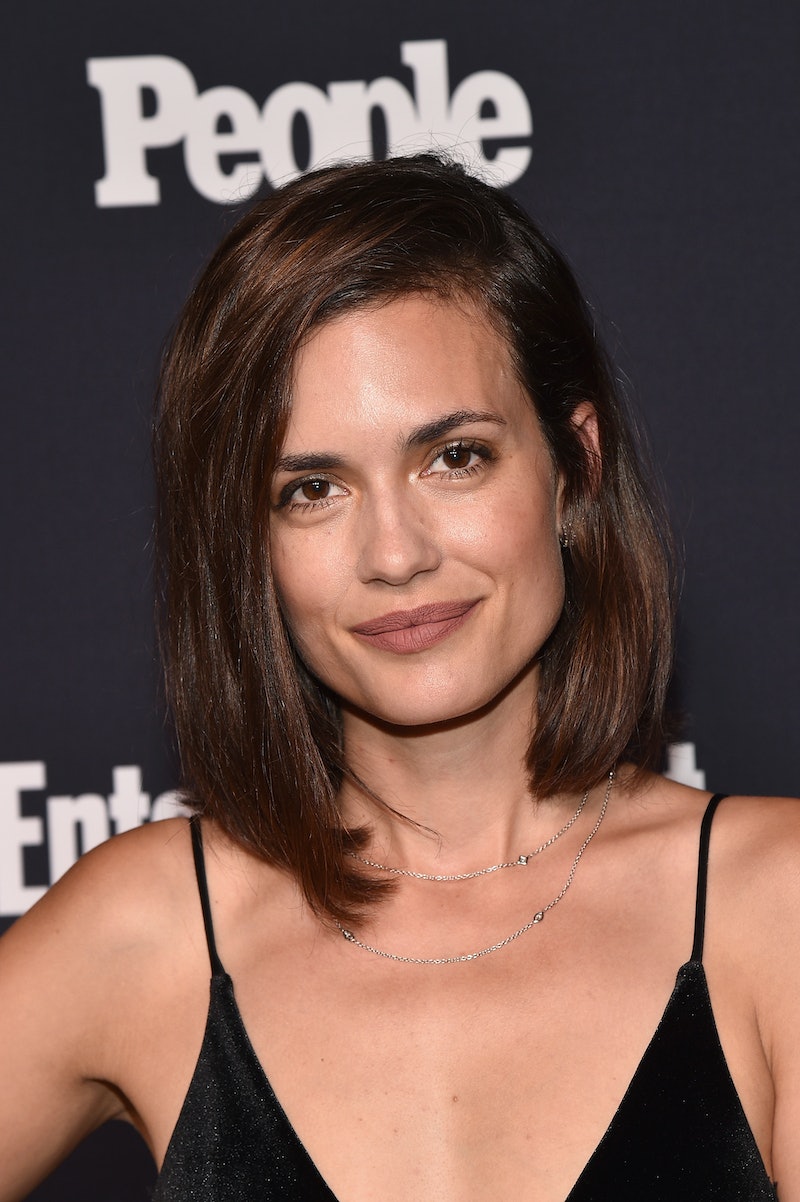 Pretty Little Liars fans are just hours away from the series finale, and everyone has their own ideas about who A.D. will be. In this week’s penultimate episode of Taking This One To The Grave: Bustle's Pretty Little Liars Podcast, Bustle’s Associate App Editor Christine DiStasio doubles down on theory — Melissa Hastings is A.D. on Pretty Little Liars, and she’s been behind all of this torture the whole time.

I could see why this works. To say that Spencer and Melissa don’t get along is putting it mildly. They’re always in competition, whether it be for grades or parental love or even men. Spencer has smooched more than one of her sister’s beaus (Spencer seriously needs to get her own dudes) over the course of the show. While I don’t know what the final straw that drove Melissa to plotting against her sister, I can see how Melissa could be jealous of Spencer and her friends. They’re the popular girls in school (for the most part), and does Melissa even have any real friends? She seems like a boyfriend kind of gal. Who does she even hang out with?

In any case, Christine’s theory goes a little something like this — Melissa has been A.D. the whole time, over the whole course of the show. She probably found out that Spencer was not her real sister — Spencer's father is Peter Hastings, but her mother is Mary Drake — and was instead adopted by the Hastings clan. Melissa also probably found out that Spencer has a twin sister (aka Bethany Young, who was found in a grave in the DiLaurentis’ backyard because Melissa killed her, too), and she didn’t like that either. A girl who wasn’t even a full Hastings trying to take her place as Queen B of Rosewood? No thanks.

Melissa is a persuasive person, so I’m sure that it didn’t take her long to convince Mona and Charlotte to join her A-Team. Mona’s life was a living hell at school because of Spencer, Alison, Aria, and Hanna, and Charlotte is Alison’s cousin who was institutionalized and forgotten about. Both women know something about being rejected, so Melissa could have preyed on these insecurities to get them to commit deeds against the Liars.

More evidence? Melissa was in the N.A.T Club with Jason DiLaurentis, Garrett Reynolds (RIP), and Ian Thomas (RIP again). N.A.T. stands for “nose animadverto totus,” which translates from Latin to “we see all.” Melissa, knowing all and seeing all? You don’t say. From where I’m standing, Melissa has probably been knowing and seeing all for quite some time now. She has access to all of the Liars’ lives without being obvious, and she’s been M.I.A. lately. Why? Because she’s probably planning something big for her grand finale on Pretty Little Liars.