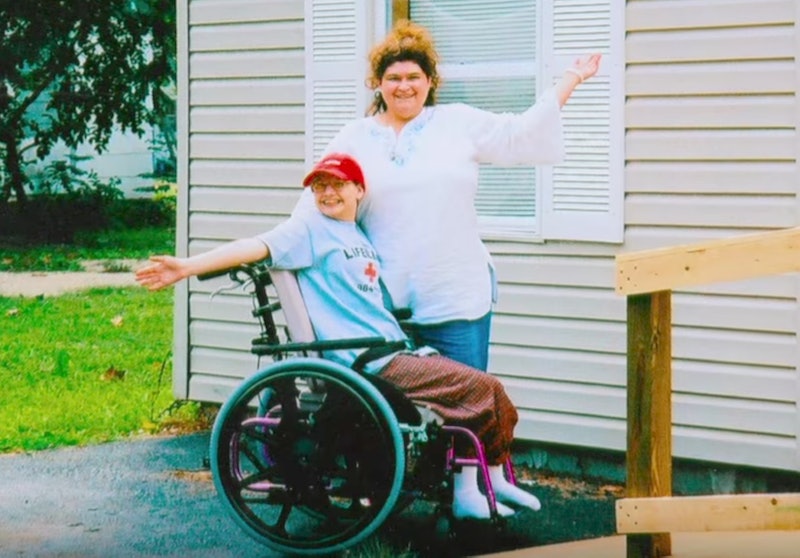 Dee Dee Blanchard was a seemingly devoted mother who would do anything for her supposedly sickly child, but as the new HBO documentary Mommy Dead and Dearest reveals, Blanchard's daughter Gypsy was actually not sick at all. Instead, Gypsy's mom made her believe from early age that she suffered from cancer and other physical and mental handicaps, despite this not being the case. It's believed that Gypsy was a victim of Munchausen syndrome by proxy, and after watching Mommy Dead and Dearest, you'll want to read up on the scary condition to see how horrible its effects truly can be.

As reported by the Mayo Clinic, Munchausen syndrome is a disorder in which a person deliberately acts as if they have a physical or mental illness when they're not actually sick, and the "by proxy" label refers to a person making someone else seem like they're sick when they're really healthy. It is considered a mental illness caused by biological and physiological factors, and abuse, in any capacity, is believed to be a root cause as well.

The HBO crime documentary catalogs the mystery behind the Blanchards, spotlighting the murder of Blanchard by Gypsy but also peeling the layers back on the events leading up to the matricide. By way of tapes, medical records, and access to Gypsy's personal account of the events, the director manages to home in on the markers that make up Munchausen syndrome and its different forms. Here are some things you need to know about the syndrome as it relates to MDAD.

More like this
Chris Hemsworth Is Taking Time Off From Acting Due To Alzheimer's Predisposition
By Jake Viswanath
This James Bond Event At Abbey Road Studios Was A 007 Fan's Dream
By Samantha Rollins
These ‘Love Actually’ Plotlines Are “Out Of Date,” According To Director Richard Curtis
By Grace Wehniainen
This Iconic ‘Love Actually’ Scene Drove Alan Rickman “Insane”
By Grace Wehniainen
Get Even More From Bustle — Sign Up For The Newsletter