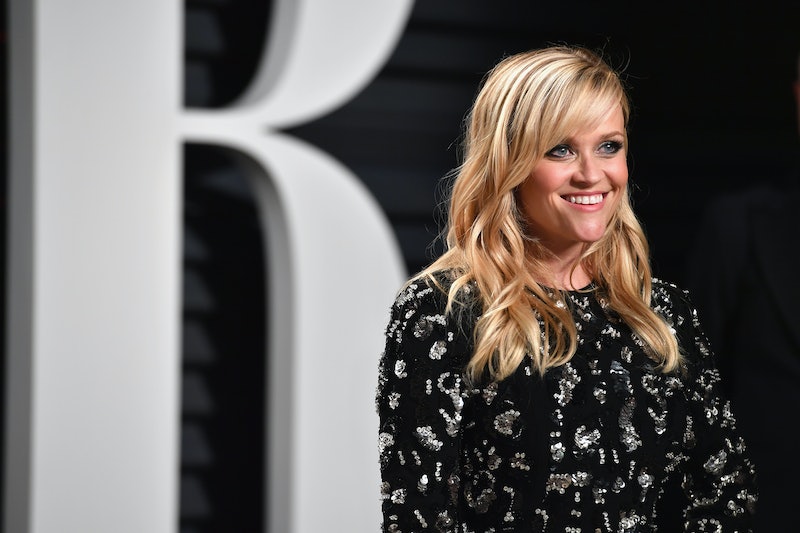 Get ready, world. Big Little Lies star Reese Witherspoon has at least 12 more book to screen adaptations coming our way... and she doesn't seem to be slowing down anytime soon. Since Reese first started sharing photos of the books she was reading on her Instagram account, her fans have been obsessed. Sharing her thoughts on books like J. Courtney Sullivan's The Engagements, Jojo Moyes' Me Before You and Neil Gaiman's The Ocean At The End of The Lane became a vital part of the actress's online presence just as she was also dipping her toe into the Hollywood producing pool. The story goes that Witherspoon's agent set her up with the already-seasoned producer Bruna Papandrea, and they started the company Pacific Standard with one goal in mind: To feature dynamic women. And feature dynamic women they have.

It all started with the big screen adaption of Cheryl Strayed's memoir, Wild. The film garnered both Witherspoon and co-star Laura Dern Oscar noms that season. The follow-up was the film version of Gillian Flynn's Gone Girl, which grossed over $370 million and received a Best Actress Oscar nom for Rosamund Pike's performance. Now, with the fan obsession and massive success of HBO's take on Liane Moriarty's Big Little Lies, it seems that the sky is the limit for Witherspoon's #RWBookClub. Want to learn more about the twelve currently confirmed book to screen adaptations Witherspoon has in the works? We've got all the details below.