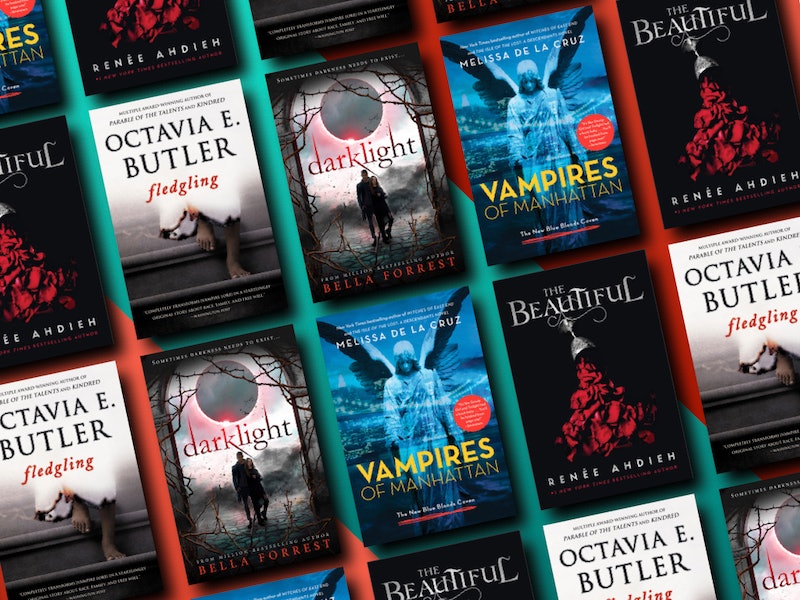 If you miss all the fang-baring, blood-sucking goodness of the mid-to-late aughts, you're in luck: Twilight is back, baby. We're approaching two years of renewed interest in Stephenie Meyer's blockbuster hit series, which began sometime around the first Twilight movie's 10th anniversary in 2018. If, like me, you weren't a huge Twilight fan — I was more of an Interview with the Vampire person, myself. — then you might be rolling your eyes and wishing everyone else would just grow up.

Stop. The world is on literal fire, there are World War III memes that seem more earnest than not, and we all need the opportunity to enjoy whatever the hell we want, even — especially — if it's something that we were made fun of for liking when we were younger.

Now that we have that out of the way...

Fanpires and Twihards probably aren't going to get their hands on Midnight Sun anytime soon, if ever, but that doesn't mean that 2020 can't be the year you re-read Twilight. Of course, if the series' more problematic tropes make it difficult for you to enjoy the novels, there are plenty of good vampire stories, new and overlooked, out in the ether, just waiting for you to pluck them out of obscurity.

Here are 12 new and overlooked vampires to read as part of your Twilight renaissance:

The Gilda Stories by Jewelle Gomez

After escaping the plantation on which she was enslaved, Gilda joins a brothel owned and operated by female vampires in this inventive work of historical fantasy, first published in 1991. The novel follows Gilda across the next two centuries of her life, finding her in New Hampshire in 2020 and in the "Land of Enchantment" in 2050.

A certain subset of Bustle readers will want to know how in the world I can possibly consider this an "overlooked" book, but consider — many Twilight fans weren't alive when this title came out in 1992. Poppy Z. Brite's Lost Souls centers on a North Carolina goth club infiltrated by hungry vampires, and nostalgia makes it an absolutely perfect read today.

My Soul to Keep by Tananarive Due

Jessica thought David was perfect. That's why she married him, after all. But David was harboring a dark secret. He's actually a 400-year-old immortal whose sect wants Jessica dead. There's a ritual that will make her immortal, too, but at what cost?

Opening with the story of an amnesiac young girl who wakes up alone, Octavia E. Butler's Fledgling deftly weaves together the story of a vampiric science experiment that puts its blood-drinking subject directly in the line of fire. But how can she stay safe when she remembers nothing about her past?

Based on her Blue Bloods YA series, Melissa de la Cruz's Vampires of Manhattan kicks off a new set of fangy tales. The characters readers grew to love in Blue Bloods and Masquerade are back, older, and living large in New York City. But when the lover of the coven leader is found murdered, making him the primary suspect, the peace the vampires have worked to create may come tumbling down around them.

Not primarily concerned with vampires, Gail Carriger's Prudence nevertheless takes place in a steampunk world full of blood-drinkers. When an airship-sailing young incorrigible named Rue flies to India for a spot of tea, she finds herself deep inside a mystery involving werewolves and other things that go bump in the night.

Silvia Moreno-Garcia's 2016 horror novel re-imagines Mexico City as a human haven safe from the violence of Aztec vampires. Against a backdrop of blood-thirsty cartels, a human and a vampire form an unlikely alliance as each tries to escape their life in the city for bigger and better things.

Don't worry, paranormal romance fans, I've got you covered here, too. Anna Zabo's Close Quarter centers on Rhys and Silas. One's a human running away from his problems, and the other is sprinting into danger head-first as a vampire-hunting fae. Silas needs to be able to focus on the job at hand, but, when Rhys becomes the vampires' next target, business and pleasure align in a dangerous game.

The last Slayer tries to balance school with her calling in this Buffy the Vampire Slayer tie-in novel from And I Darken author Kiersten White. Nina comes from a line of Watchers, but she prefers healing to violence. When she finds out she's destined to take over Buffy's role as the Slayer, however, she's suddenly forced to do a lot more violence than she ever planned.

Lyra works for the Occult Bureau, an organization dedicated to hunting down the supernatural enemies that threaten humanity. They've already eliminated the vampire menace, but now a new race of monstrous creatures are bent on destroying life as we know it. In the midst of a new war, Lyra meets Dorian, a man who should be dead, and enters into a tenuous alliance to save mortal life.

The Beautiful by Renée Ahdieh

In 1872, Parisian dressmaker Celine Rousseau starts a new life in the Ursuline convent. Her aptitude makes her a favorite among La Cour des Lions, a dark underworld of dangerous magic, but when one of her sisters at the convent is found murdered, Celine begins to suspect that the alluring and immortal gentleman, Sébastien Saint Germain, may be to blame.

A Violet Fire by Kelsey Quick

The Vampire Stratocracy of Cain breeds and enslaves humans for their blood, but one of its most recent "supply units," Wavorly, was born outside of the nation's borders. Kidnapped once, Wavorly is determined to be free once more. But there's so much she doesn't know, so much she's about to find out... if she lives that long.