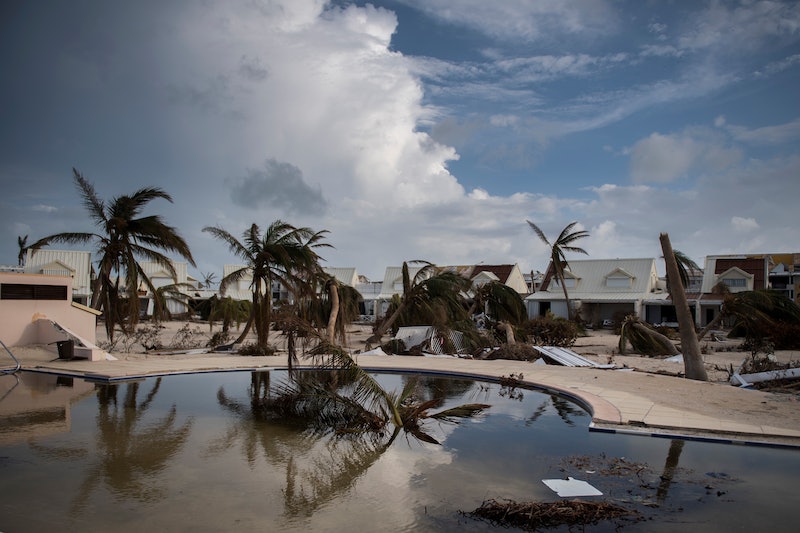 By Monday, the storm system Irma's strength was waning. Once a Category 5 hurricane with winds of 185 m.p.h., Irma on Monday was downgraded to a tropical storm, its winds having been reduced to 70 m.p.h. However, though the storm has become progressively weaker in the past couple days, it has brought large swaths of devastation to Southern Florida as well as islands in the Caribbean like St. Martin. Therefore, I've compiled a list of organizations helping with Hurricane Irma relief efforts that you can support.

On Sunday, Irma made landfall in the continental U.S. as a Category 4 hurricane, striking the Florida Keys. Irma then swept back out to sea briefly and then later hit Florida's Marco Island as Category 3 storm. Irma's devastation left Marco Island without power or water. "It's the worst storm I've ever seen," said Bill South, a meteorologist at the National Oceanic Atmospheric Administration, according to CNN.

Irma, though originally expected to make its way northward up the East Coast after hitting Florida, is now moving toward Deep South states — Georgia and Alabama are expected to suffer the storm next. And while the storm's winds have weakened, its rainfall is still liable to cause dangerous flash flooding according to the National Hurricane Center.

See below for a list of organizations aiding Irma relief efforts:

Where You Can Volunteer

The American Red Cross: The Red Cross will train you to be deployed to Florida and help on-the-ground efforts after Irma.

Airbnb: This housing website is seeking owners who can volunteer property to accommodate people displace by Irma.

NVOAD: The National Voluntary Organizations Active in Disaster is a consortium of volunteer groups seeking people to help in Florida, Puerto Rico, and the U.S. Virgin Islands.

Where You Can Donate Blood

Those injured during Irma may need blood transfusions. To help hospitals stock up on these potentially life-saving transfusions, consider donating at a American Red Cross blood bank near you.

Where You Can Donate Money

If you wish to donate to organizations that are conducting on-the-ground relief efforts in the U.S., consider Catholic Charities USA, Salvation Army, and the American Red Cross.

If you're specifically concerned about the plight of pets affected by Irma, take a look at the ASPCA Field Investigation and Response Fund.

For international efforts that are concerned with rebuilding efforts in the Caribbean islands also affected by Irma, think about donating to UNICEF, OXFAM, or Convoy of Hope.

More like this
'The Capture' Is Finally Back – & S2 Looks Tense AF
By Sophie McEvoy and El Hunt
Why Experts Say Sleeping With A Fan On Isn’t Totally Risk-Free
By Sophie McEvoy
The 6 Best UV Umbrellas, According To A Dermatologist
By Rachael Green
Scotland's First Period Dignity Officer Has Sparked Backlash
By Darshita Goyal
Get Even More From Bustle — Sign Up For The Newsletter