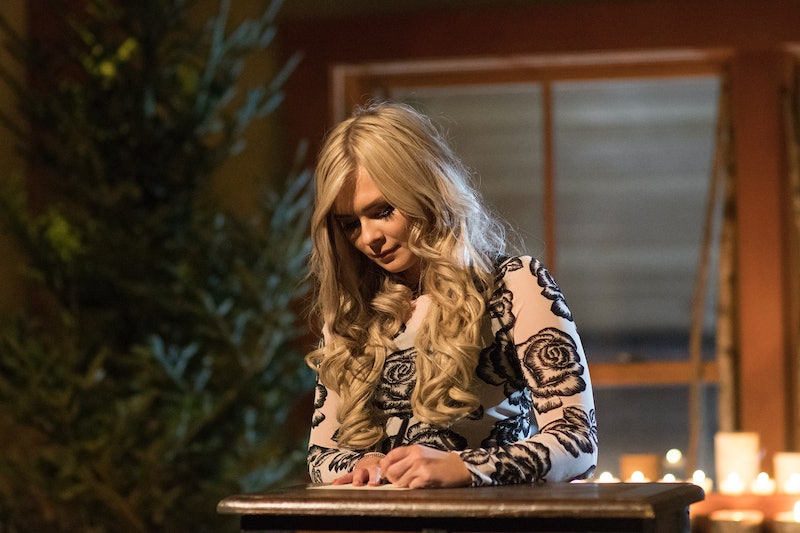 American fans of Bachelor Nation are used to combing through the social media profiles for clues, spoilers, and vicarious living. Bachelor Winter Games, the new international competition, is introducing men and women who have participated in rose ceremonies all around the world. It's time they got the same online scrutiny. Here's what we can learn about Ally from Bachelor Winter Games based on her Instagram.

Ally was a contestant on Bachelor New Zealand Season 3. According to her official bio for her season, "Ally describes herself as 'hilariously awkward' and confesses she is a hopeless romantic with a heart of gold." She's actually not from New Zealand originally. Her hometown is Worcester, England. She had moved to the land of kiwis just a few years prior to appearing on the reality series. That actually gives her a competitive advantage on Team NZ — growing up in England, she has probably seen snow before.

According to Ally's Instagram bio, she is a yoga instructor, tutor, and tattoo artist. Her bio also includes a quote from the musical Pippin — though "spread a little sunshine" could just be a common aphorism. ABC definitely gave her the barrel roll treatment, because her hair is usually straight in her real life. Here's what else we can glean from her grams.

Have you ever seen anything so fluffy? The German Shepherd grew quickly, according to other photos.

2. More Than One, Actually

Based on the comments, this pup is definitely Ally's. She's living the pug life as well.

4. She Really Does Have A Lot Of Ink

As you'll see in her photos, Ally's bellybutton is pierced too. There are multiple tattoos on her arms, her back, and according to her bio there's a sloth on her rear end.

It's safe to assume that the average New Zealand resident is better at water sports than the rest of us, right?

This is just a sketch!

7. She's A Fan Of Deep Thoughts

"I sat under this tree today," says the caption, "and it really got me thinking how amazing life is. We are made from the recycled carbon and energy from thousands of trees and stars. Energy is never lost in this world. Everything that has been, still is. We are constantly reborn, into new life. Thank you universe for your weird and wonderful beauty and life."

Ally has a blogspot, by the way, if you would like to read more. It's good!

How could you not get star struck? On a recent trip to the States, Ally was quite the tourist — and even grammed a picture of an American school bus. It really is the little things, even when you're in a foreign country.

She's supposed to be Bambi — or maybe, more appropriately, his mom? For another Halloween look, Ally transformed herself into a Liechtenstein.

10. She & Kristen Bell Have One Thing In Common

If you're gonna throwback Thursday, do it right.

12. Her Breakfasts Are To Die For

There are a lot of bowls like this on Ally's Instagram and you're going to want to jot down the recipe.

All in all, Ally is a little edgier than some of the contestants we're used to seeing on The Bachelor over here, but not all that different. She should fit right in with everyone else, and hopefully make some connections in that comfy ski lodge.