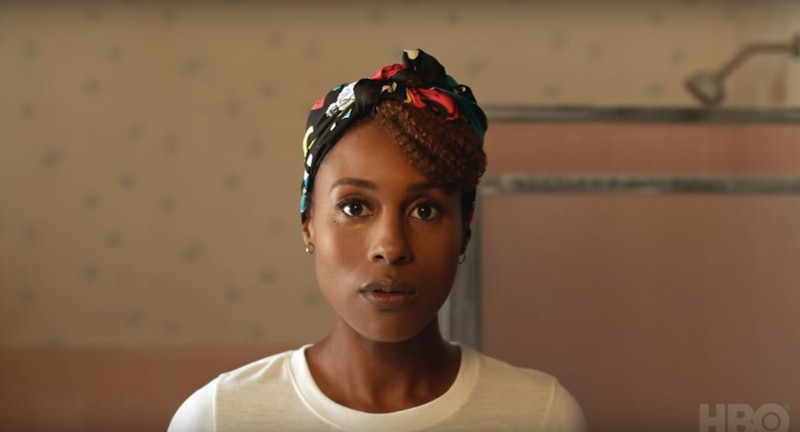 Music is the perfect backdrop for so many things, and the small screen is no exception. While there are so many things that go into making an amazing television series, it doesn't get any better than having a great soundtrack to go with your favorite TV show. A simple melody can often help to determine the mood for so many things that take place on-screen, while also serving as a guide for your emotions as things throughout the series progress. Whether it be an original theme song or a chart-topping hit that plays during a pivotal scene, the perfect layout of songs can completely change your feelings from one minute to the next, making for the ultimate viewing experience. Terrifying, hilarious, or romantic, the accompanying music helps to make each twist turn that much more intriguing, reeling straight into the moment.

That said, there have been many TV shows that have become known for their great contributions to music — something which the Emmys recently begun recognizing. For the first time ever, the awarding institution handed out their first trophy for Outstanding Music Supervision in 2017, further proving that the huge role that soundtracks have in television. So, without further ado, and in no particular order, are some of the best soundtracks in modern television.

In 2017, the first Emmy for Outstanding Music Supervision went to none other than Big Little Lie's musical supervisor Susan Jacobs — and that's certainly no surprise. Throughout the series' first season there were tunes from Alabama Shakes, Otis Redding and Fleetwood Mac which means fans should bee in for a real treat when Season 2 drops in 2019.

With Donald Glover aka Grammy-nominated artist Childish Gambino as the creator, writer, director and star of the show, there was never any doubt that this soundtrack was going to be the cream of the crop. In its two seasons, the Atlanta soundtrack has featured Migos, OutKast, Erykah Badu, Gucci Mane, Bill Withers, George Benson, 2 Chainz, 6lack, and Jeezy — just to name a few.

Stranger Things has been notably defined for its nostalgic '80s landscape and there's no doubt that the Netflix series' soundtrack had a large part in setting the mood. With throwback tunes from bands such as Toto, The Bangles, The Clash, Devo, Mötley Crüe, Queen, Bon Jovi, and The Police, this soundtrack will quickly transport you back in time.

As one of the most-popular shows to ever hit television, Breaking Bad's soundtrack played an integral part in making the show such a big success. With its variety ranging from Danger Mouse to Afro-beat and Gnarls Barkley, the show's music set the tone for all of the dangerous dealings going down with Walter White.

The Empire soundtrack features a collaboration of original music made by performers on the show, as well as songs from JAY Z, Prince, Mary J. Blige, Pharrell Williams, Wiz Khalifa and Drake, that play as the backdrop to one of TV's most polarizing families.

While the storyline for Peaky Blinders may be set in the 1920s, Cosmopolitan points out that the soundtrack features more updated tunes from acts such as Arctic Monkeys, Queens of the Stone Age and The Kills as well as Nick Cave and Johnny Cash.

A mix of soul, funk, hip-hop and r&b, the soundtrack for Netflix's Dear White People does an amazing job at setting the tone as each character's individual story unfolds.

While focusing heavy insight on the female related issues and mental health, Crazy Ex-Girlfriend and its soundtrack which features songs such as “Settle For Me,” "Angry Mad," Heavy Boobs," and “The Sexy Getting Ready Song” reveal a critical insight into both the female experience and mental health.

With the opening theme of "Right Above It" featuring rap superstars Lil Wayne and Drake, it goes without saying that each and every season of the Ballers soundtrack is on point. The football-themed series, which is mostly infused with hip-hop tunes, offers songs from artists such as; Anderson Paak, Earth Wind & Fire, Kid Cudi, Pharrell Williams, Slum Village, Gang Star and Jay Rock. The entire project is upbeat and catchy, helping its listeners make major moves whether on or off the field.

Helmed by music journalist Cheo Hodari Coker, Luke Cage has so many outstanding attributes that should not be ignored and its amazing soundtrack is certainly one of those things. Despite the show's recent cancellation, the music associated with this series, which features a plethora of vintage Brooklyn hip-hop as well as original tunes arranged by A Tribe Called Quest veteran, Ali Shaheed-Muhammad, and Adrian Younge is a must-listen.

The soundtrack for GLOW delivers plenty of '80s anthems through and through. With songs from Madonna, Hall & Oates, Patty Smyth, Billy Joel, Journey, Pat Benatar, Patti Labelle, The Go-Go's and the incomparable Aretha Franklin, this soundtrack plays like the perfect homage to the popular decade.

With Raphael Saadiq composing original music for season one, and Solange Knowles joining in as a creative consultant for the show's musical landscape, there's no way this body of work could ever go wrong. Placing heavy attention on female artists, Insecure's soundtrack has offered tunes as SZA’s "Love Galore," City Girls' "Where The Bag At," Jazmine Sullivan's "Insecure," Lion Babe's "Just Me" and Janelle Monae's "I Got The Juice" as well as Kendrick Lamar’s unifying anthem, "Alright."

While each and every one of these shows is amazing in its own right, the supporting soundtracks help to intensify many of the series' greatest moments.