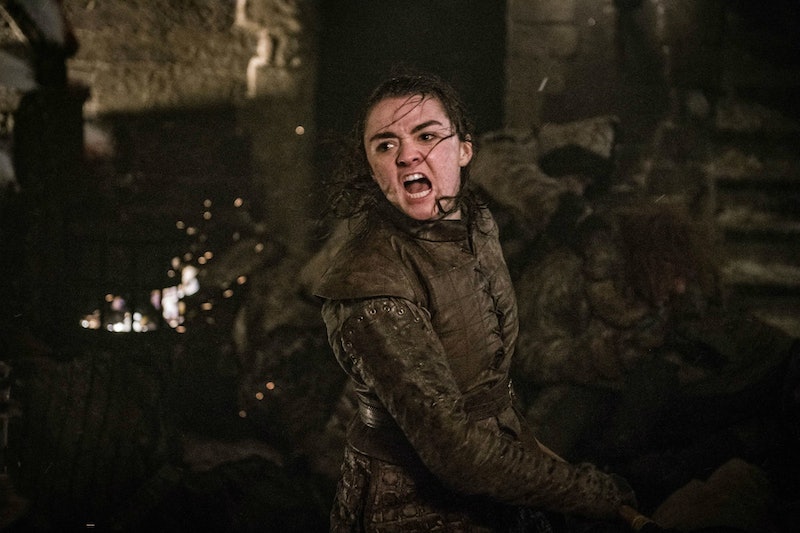 Game of Thrones has always been a show full of characters we're not meant to like and trust. But through the last eight seasons, there have also been a few characters who stand out as totally beloved by pretty much every viewer, and Arya Stark is definitely one of them. The youngest daughter of Ned Stark, Arya has been a force to be reckoned with since day one. When we first met her, she was trying desperately to keep up with her father and her brothers in sword fighting, and doing whatever she could to avoid being like her more traditionally feminine sister, Sansa. Since then, Arya has had some of the most badass moments of the whole show, not to mention some truly great quotes.

Arya isn't a woman of many words — which is probably one of the reasons the Hound was so fond of her — but when she does talk, she always seems to have something important to say. She knows how to get her point across quickly, she doesn't sugarcoat anything, and she never lets anyone off the hook. She's inspiring for everyone, especially for women who feel like they don't always belong somewhere. She has tons of spirit, passion, and drive, and she is endlessly interesting. Why wouldn't you want her quotes all over your social media profile?!

Whether you're posting a random photo or trying to channel the Game of Thrones energy before watching an episode, some of Arya's quotes make truly awesome and unique Instagram captions. They might be about situations happening in Westeros, but most can easily be applied to something else in the best way. Arya is more relatable than she might seem sometimes!

Here are some Arya Stark quotes that make the perfect Instagram caption: