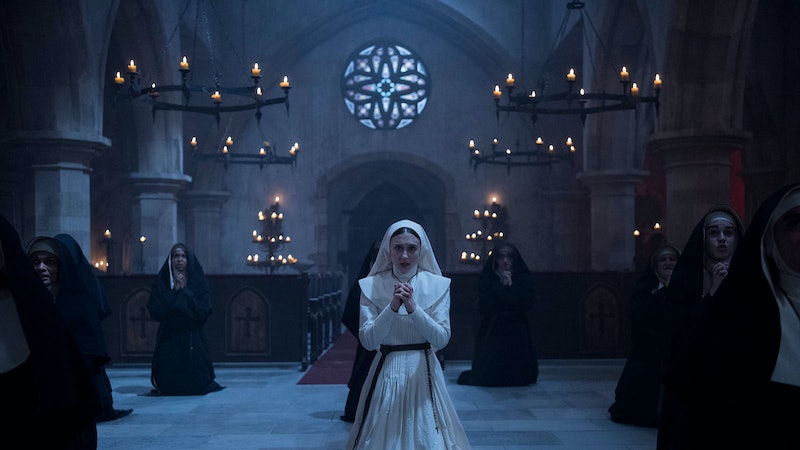 The latest installment of The Conjuring movie franchise hit theaters last week, and nothing — not even a banned movie trailer — will stop fans from flocking to see the prequel film about a demonic nun. If you want to read books likeThe Nun, I have 13 gothic novels you're going to want to add to your TBR.

Set in the mid-20th century, The Nun follows a Vatican priest and a nun-in-training to a Romanian abbey, where three nuns have died. Once there, Father Burke and Sister Irene uncover a series of strange events that don't quite square with the story that Frenchie, the man who found one of the nuns dead by suicide, is telling. All three of them become haunted by the ghosts of both the abbey and their respective pasts, but the evil entity that killed the Romanian nuns wants more victims.

For those of you who just can't wait to stuff your fall full of horror galore, I've picked out 13 gothic horror novels you're going to want to read. The books on the list below are chock-full of hauntings, manor houses, moors, possessions, and other ghostly fare, and none of them is worth missing. Check out my recommendations below: