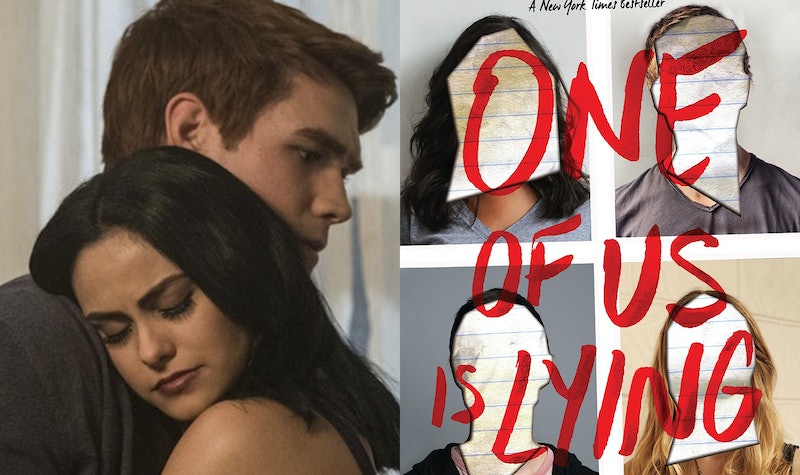 Before the Riverdale TV show premiered on The CW back in Jan. 2017, I assumed that the show would be an updated take on the wholesome, classic, earnest Archie comics series that began in 1939. Let's just say: I was very, very wrong about that. See, while the show takes its character names and locations from the old-school comics, the similarities pretty much end there. If you're a fan of Riverdale, you'll know that the show opens with a mystery: The recent tragic death of Jason Blossom, the twin brother of beautiful and popular troublemaker, Cheryl.

So while we still get that classic love triangle between Archie, Betty and Veronica, Jughead's quirky personality, and visits to Pop's diner for burgers and milkshakes, we also get some seriously eerie cinematography, complicated friendships, deadly secrets, and tons of mysterious goings-on. If you just can't get enough of Riverdale, I've got some other chilling YA stories to tide you over between episodes. If spooky small towns, high school murder mysteries, revenge plots, supernaturally handsome guys and kickass girls — oh, and some supremely steamy romances thrown in here and there, of course — these are the books you'll want to pick up between your many marathon watches.