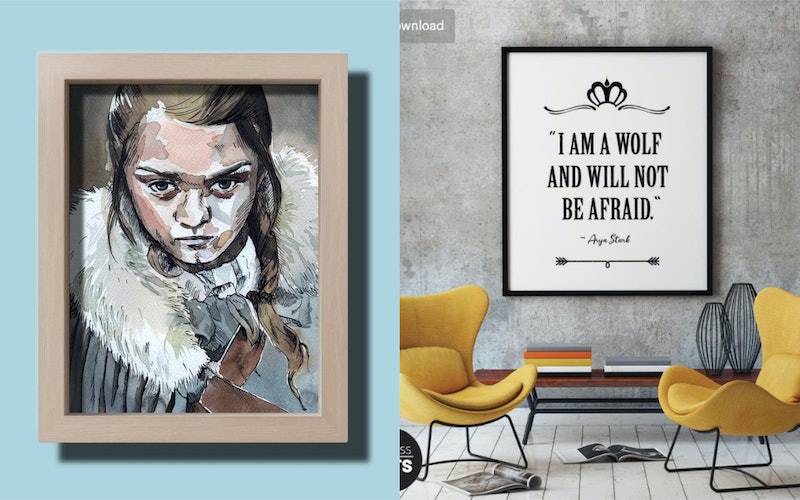 Courtesy of Etsy Sellers
By Megan Grant
May 1, 2019

The final season of Game of Thrones might the pinnacle of Arya Stark's journey. The culmination. The apex. The crowning point! If you want to take your GoT obsession to the next level, you're going to want these 13 things Arya super fans can buy on Etsy, because you don't already have enough GoT merchandise.

Without spoiling the excitement for anyone who's behind on the episodes, Arya proved to be the real MVP at the Battle of Winterfell. I don't mean to hate on Jon Snow or his lover-slash-relative Mother of Dragons (bend the knee!), but I do believe that Arya tops the list of the series' most badass characters. She's small and nimble and she'll also, you know, kill you in ways you could never imagine. Remember when the Hound made fun of the way she moves with a sword? Yeah, joke's on him.

Only time will tell Arya's fate on the show, but the creators can expect some *serious* hate mail if — for some sick, horrible, 100% wrong reason — they decide to kill her off.

But let's not worry about that right now. For now, let's look at 13 ways you can spend your hard-earned money on things that really matter. Here are 13 Arya-themed things you're definitely going to want in your life.