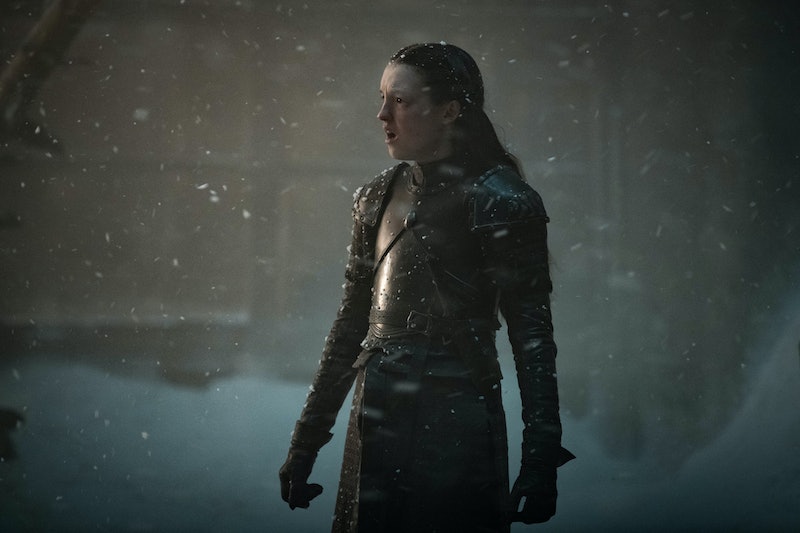 Spoilers ahead for Game of Thrones Season 8, Episode 3. After the love fest that was "A Knight of the Seven Kingdoms," Game of Thrones fans were expecting the worst for "The Long Night." The death toll was high, but everyone that died in the Battle of Winterfell wasn't as completely heartbreaking as you may have anticipated. Still, with multiple major characters going out heroically and Arya freakin' Stark killing the Night King, each death deserves a moment of recognition before the gang has to gear up for battle again against Cersei.

While every battle is life or death, the Battle of Winterfell was truly all about the living surviving the Night King's army of the dead against all odds. In the end, it was Arya who saved the day and ensured humanity will go on. When she stabbed the Night King with Littlefinger's Valyrian steel dagger, it led to every White Walker, wight, newly-risen corpse, and even ice dragon to fall too. But before and after Arya took down the Night King, many breathing characters met their tragic fates. From Daenerys' number one fan to the Red Woman who used her magic to bring light to the night that was truly dark and full of terrors, here's the full list of all those who died in the Battle of the Winterfell.