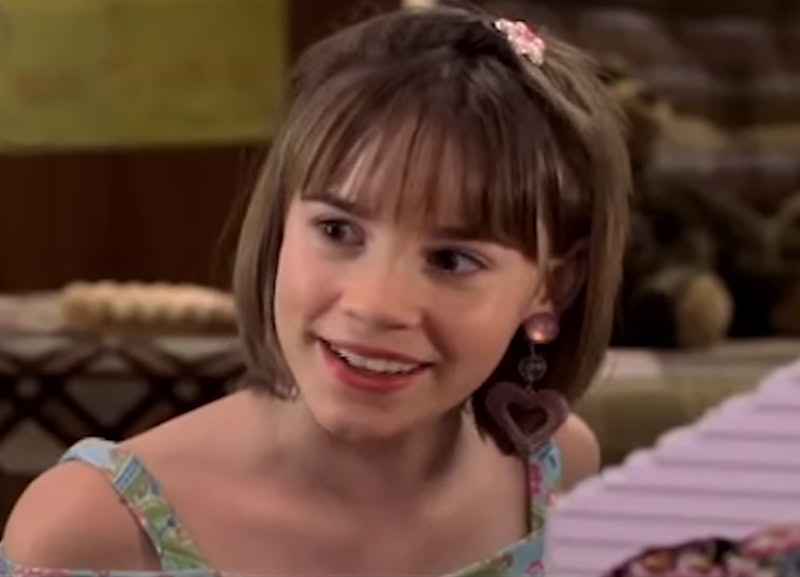 She's not 30, flirty, and thriving quite yet, but Christa B. Allen is already paying homage to her iconic rom-com role. On Thursday, the 28-year-old actor who played Young Jenna Rink recreated her 13 Going on 30 scenes on TikTok. Allen memorably starred as the 13-year-old version of Jennifer Garner, who makes a wish to be 30 after her birthday goes wrong in the charming 2004 movie.

From her school picture drama ("It's Jenna!") to the moment when Jenna wished herself to be "30, flirty, and thriving" instead of being 13 and embarrassed at her birthday party, Allen's re-creations are spot on. They also come with a twist ending. In the movie, young Jenna's wish ends up turning her into Garner, but things turn out a little differently in the TikTok video. Since Allen is at home like everyone else right now, she uses a filter to offer viewers a new vision of Jenna at 30.

As a whole, the video is the perfect dose of nostalgia — and it's almost certainly going to make you want to rewatch the movie immediately. (The sweet rom-com, which also stars Mark Ruffalo, is streaming on Starz right now, if you can't wait.) And hey, even if you don't have time to rewatch 13 Going on 30, Allen's TikTok plays like a highlight reel of some of the movie's best scenes (minus Jenna and Matty's "Thriller" dance).

Allen has been doing lots more than just making TikTok recreations since starring in 13 Going on 30. The actor previously had starring roles on Revenge and Baby Daddy, and has two projects currently in the works, including the animated series Adults Only, per IMDb. She's also a total doppelgänger for Garner, proving 13 Going on 30's casting director was an actual genius.

In a January 2019 interview with Today, Allen revealed that she still gets recognized for her role in 13 Going on 30, which she attributes to fans' enduring love for the movie. "I think because it meant so much to so many people, and it was just such a beloved film, that people are all so excited to see a person that was part of that zeitgeisty moment in the flesh," she told the morning show.

The actor also noted that the line that gets quoted back to her the most is "30, flirty, and thriving" — that's unlikely to change anytime soon now that she's recreated the moment for TikTok. Allen doesn't seem to mind though, in fact she's planning on embracing the iconic line when she does turn 30. "People always quote back '30 and flirty, and thriving,'" she said. "I can't wait for that to be the theme of my 30th birthday."