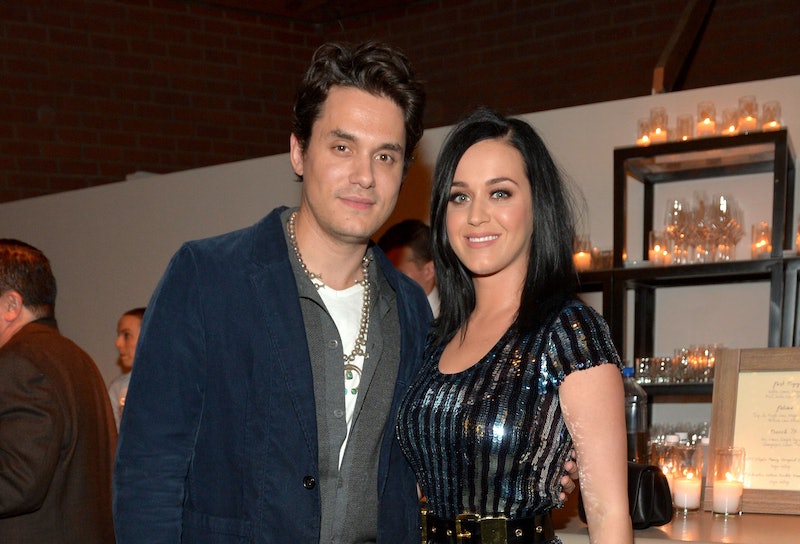 Her new sound had been billed as "purposeful pop," so who could have guessed that her new album would actually be mostly about her private life? It feels to me like there are a whole lot of Witness lyrics that are about John Mayer, or that sound like they could be referencing John Mayer, and maybe that's a good thing. If you've listened to the more obviously political tracks on the album like "Chained To The Rhythm," you'll find that the lyrics for these songs are too vague to have the same bite as other high-profile works that have taken on post-Trump America, from A Tribe Called Quest's "We The People" to YG's collaboration with G-Eazy and Macklemore "FDT (F*ck Donald Trump) Part 2."

But that's OK. Perry has always been at her strongest as a star handling interior life — what it feels like to be a teenager, the unbridled joy of a Friday night when you're young and restless — and now she adds heartbreak to her canon. But why should these songs be about Mayer as opposed to Russell Brand or Orlando Bloom? Given that the "Firework" singer claims she and Brand haven't spoken since he texted her telling her they would be getting divorced on December 31, 2011, it seems unlikely she'd look so far to the past for inspiration for her album. Meanwhile, since Bloom and Perry decided to take some space from one another in March this year, it seems unlikely the bulk of the heartbroken songs would have been written so shortly before the record's release. So Mayer it is.