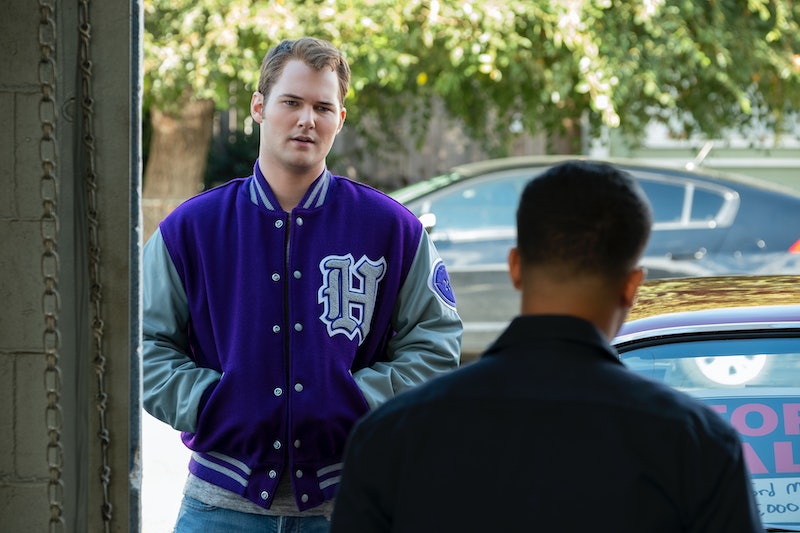 Any casual viewer of 13 Reasons Why knows that just because someone dies on the show doesn't mean that they're gone forever, and it looks like this will remain true until the show's end. The 13 Reasons Why creator teased the return of Bryce and Monty for the show's final season, despite — spoiler alert — both of them being killed during Season 3. In a new interview, showrunner Brian Yorkey said he was "trying not to spoil anything," but he heavily hinted that they would be playing a huge role in the Liberty High kids' stories.

"Even though both Bryce and Monty are gone from this earth, there will be ways that they factor into our story and certainly into the states of mind of our characters in Season 4," Yorkey told Entertainment Weekly. "In Season 3, Clay's sitting alone in the robotics room and it's pouring rain and Bryce shows up and he says something like, 'The dead don't stay dead around here.'" Ain't that the truth.

On Monday, May 11, Netflix released a 13 Reasons Why Season 4 teaser which featured the cast as they wrapped filming — including Justin Prentice and Timothy Granaderos. So it looks like both actors will reprise their roles as Bryce and Monty, respectively, albeit perhaps in a limited capacity.

Of course, these deaths aren't the only thing impacting these students' lives. In a new interview with Entertainment Tonight, stars Ross Butler, Alisha Boe, and Brandon Flynn said "no one is safe" this season and to expect "shocking moments" from every episode. "This story is nuts," Butler said, which is especially true for his character Zach. "In Season 4, we take Zach places that I had not expected until we really got into the room and delved into his story," Yorkey told EW, refusing to give any specifics. As Butler told ET, fans will have to "wait and see" to find out what happens to him.

Fans should also expect tension between two fan-favorite duos, Justin and Jessica, and Tony and Clay. "Justin, I think, is in a place where he's watching Jessica make her own decisions and he respects it and so he lets her do it," Flynn told ET. "I think Justin internalizes most of his emotions towards it." As for his onscreen (almost) brother Clay, he's working on mental health issues with a new therapist, but his BFF Tony is struggling as well, and the way they both handle their problems might threaten their friendship.

"There's going to be a little bit of friction between Tony and Clay in a way that I think is going to be uncomfortable for those of us who love the Clay and Tony of it all," Yorkey teased to EW. "But it's also really satisfying in the way we see the two of them work through it." Perhaps, when the series returns on June 5, there will be a happy ending for (most of) the Liberty High kids after all? It's what they deserve.

More like this
Netflix Shut Down 'Bridgerton' S3 Rumours About A “Very Dark” Storyline
By Bustle
'The Queen’s Gambit' Season 2 Tweet Wasn’t From Anya Taylor-Joy
By Mary Kate McGrath, Jack Irvin and Grace Wehniainen
'That '90s Show' Is Officially Coming Back For Season 2
By Gretchen Smail and Grace Wehniainen
The 'Freeridge' Cast Shared Their Hopes For A Potential Season 2
By Grace Wehniainen
Get Even More From Bustle — Sign Up For The Newsletter
From hair trends to relationship advice, our daily newsletter has everything you need to sound like a person who’s on TikTok, even if you aren’t.