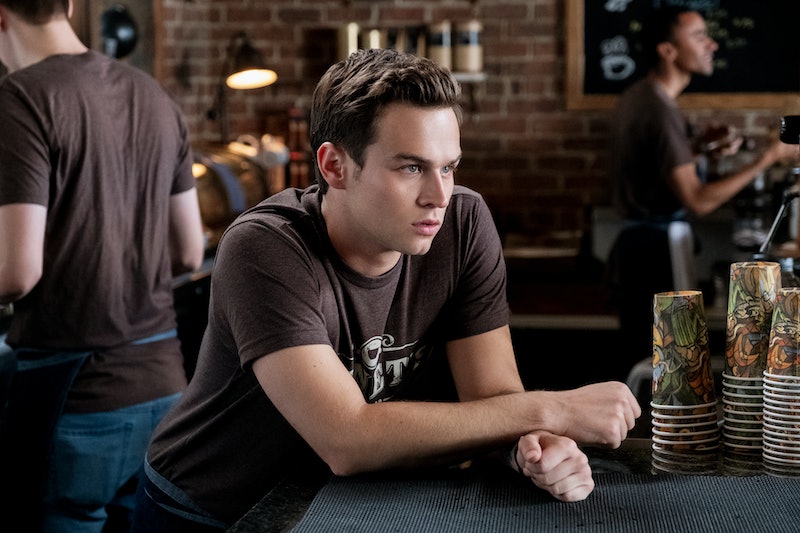 Spoiler alert for 13 Reasons Why Season 4. At this point, perhaps the least shocking thing on 13 Reasons Why is death, but one character's demise during the final season devastated fans on an entirely new level. 13 Reasons Why star Brandon Flynn recalled learning about Justin's death, revealing that even though he was expecting it, it was still a bittersweet goodbye to the show.

"We read that first script and we saw that there was the funeral," Flynn recounted in a recent interview with Entertainment Weekly. "I think I literally raced to [showrunner] Brian [Yorkey] right after the first table read and was like, 'It's Justin isn't it?' Brian was one of those people who was like, 'We can't kill off the character who's continually trying to be better.' I was like, 'Oh, yes we can.'"

However, it was only when Yorkey texted Flynn about going to dinner in the middle of shooting the final season that he realized his suspicions were correct. "Sure enough, we sat at the table and he's like, 'We're gonna put Justin to rest'," he remembered. "We both sat there somberly for a second and then we just delved into the storyline and what they had devised and what I could bring to the table." The actor added that the timing worked in his favor, as he was able to act out Justin's addiction recovery process without knowing where he was headed.

Co-star Dylan Minnette, who plays Justin's adopted brother Clay Jensen, admitted in his own interview with EW that he and Flynn had urged Yorkey to kill off Justin. "He and I both felt that it would have the biggest emotional impact on the series given Justin's entire arc," he remarked. Flynn agreed with the sentiment, saying that his death was ultimately a full-circle moment for Clay and provided a path for the character to move forward.

"Just to see the evolution of Justin and Clay's relationship, from them being enemies to all of a sudden they are sharing a bedroom, it just made so much sense," Flynn said. "Justin was also sometimes a mirror for Clay — Clay got to see what hardship is, what recovery is. Through Justin's death, I think Clay got to understand a little bit of what he needs to do in order to heal."

Despite the devastation it has caused fans, Flynn applauded the writers for ending the show on a poignant note and said that he'll always remember his time on the show fondly. "I don't know if I have all the words to say what I've walked away with," he said, "but it's definitely something and I'll never ever ever forget Justin Foley."

More like this
Netflix Shut Down 'Bridgerton' S3 Rumours About A “Very Dark” Storyline
By Bustle
'The Queen’s Gambit' Season 2 Tweet Wasn’t From Anya Taylor-Joy
By Mary Kate McGrath, Jack Irvin and Grace Wehniainen
Everything To Know About 'And Just Like That...' Season 2
By Jack Irvin and Grace Wehniainen
'The Last Of Us' Episode 4 Put Twitter Into An Emotional Spiral
By Alyssa Lapid
Get Even More From Bustle — Sign Up For The Newsletter
From hair trends to relationship advice, our daily newsletter has everything you need to sound like a person who’s on TikTok, even if you aren’t.