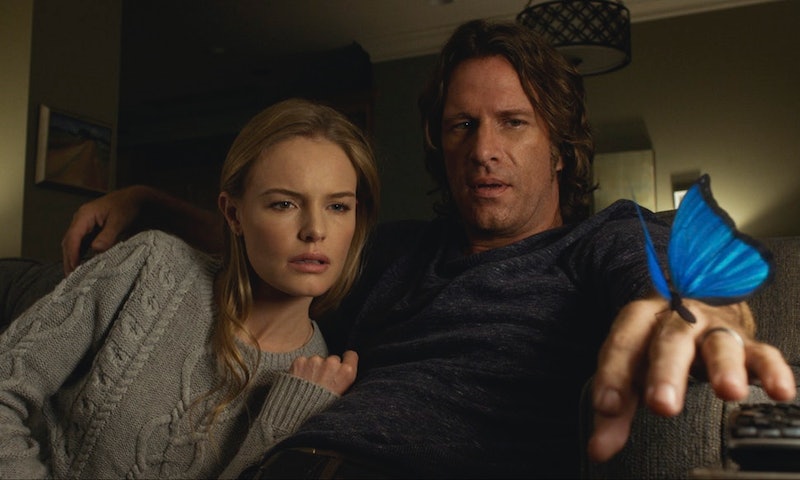 An evening spent with Netflix can serve many functions. There's the frantic marathon when a new season of your favorite series drops, the curled up avoidance of all responsibility by re-watching something you've seen 10 times, and of course, the age old Netflix-and-chilling. But one of the most oddly comforting services Netflix provides is the sweet torture found in totally creeping yourself out. There are a bunch of scary Netflix Original movies perfect for a spooky movie night. Whether you're a "watch with all the lights on and a finger hovering over the pause button" person or a "total darkness with a big bowl of popcorn" kind of viewer, there's a frightening film for you to devour.

No matter how many times the darkened woods, ominous music or freaky little kid tropes are utilized in order to horrify, they never seem to tire. There is an odd satisfaction in feeling adequately scared all while being able to point out the conventions that got you there. Netflix has tapped into this reasoning by not only streaming certified horror hits such as The Conjuring and Children of the Corn, but by churning out material of its own in the genre. Everything from Stephen King adaptations to horror film spoofs live on the site, making your next fearful night-in the most hair-raising yet.