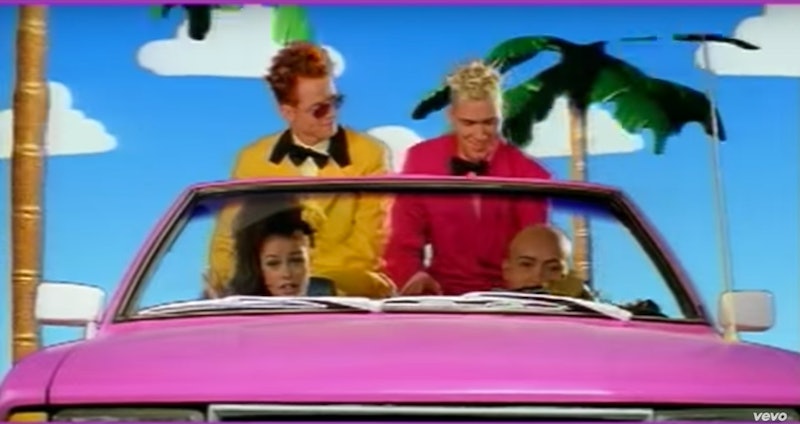 Once upon a time, you were a child with a healthy interest in radio — so you listened to whatever tune came on, no matter the subject matter. These songs you shouldn't have been listening when you were younger have a lot in common. Did you ever notice that the filthier the subject matter, the catchier the melody was, making it a dead certainty that you'd sing it somewhere really inappropriate without even thinking about it? Like, say, at Sunday School?

Or that if a track was drug-related, it often used an up-tempo beat, making it seem sunnier than its topic? Or that often the naughtier a song was, the more the evil geniuses behind it tried to market it to kids — presumably to the fury and frustration of a whole generation of parents? ("Barbie Girl," I'm looking at you.)

Basically, all that really sunny, kid-friendly sounding music that you thought you were totally entitled to sing along to were far more adult than you may have realized or even remembered after all these years. If you grew up in the '90s or the '00s and had ears and access to radio, I'm guessing at least one of these inappropriate jams was a song you were obsessed with as a child.