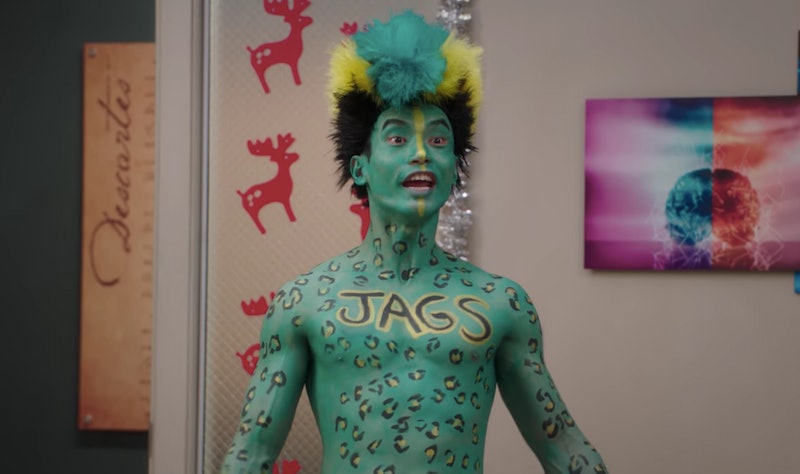 Of all the members of Team Cockroach, none are as simultaneously kind and dim-witted as The Good Place's Jason Mendoza. He's a man with simple needs: he loves Janet, the Jacksonville Jaguars, EDM, Molotov cocktails, and the Transformers franchise — in that order. And while he's made strides to become a better person throughout the show's four seasons, he'll always be a slightly immature man-child who loves yelling "Bortles!"

A core part of that includes his enthusiasm for his Floridian hometown. Jason refers to Jacksonville as "one of the top 10 swamp cities in northeastern Florida," and it's clear that he had an unconventional childhood there. We also know that the "pre-successful DJ" died after suffocating in a safe that he and Pillboi were trying to rob from a Mexican restaurant. His main claims to fame include doing a wheelie through a Waffle House and being interviewed on the news after finding a foot on the beach.

One of the show's writers, Joe Mande, told SB Nation in 2018 that they decided to make Jason from Florida because it was the polar opposite of a silent, Buddhist monk, which is what he was initially forced to pose as before he and the other humans pieced together what Michael was up to. "So then it was, what's the funniest part of Florida? And I had just done a show in Jacksonville with John Mulaney, and everything about Jacksonville was cracking us up.... So we started talking about Jacksonville and just made it completely cartoonish."

Here are some of the funniest things Jason has revealed about Jacksonville so far.