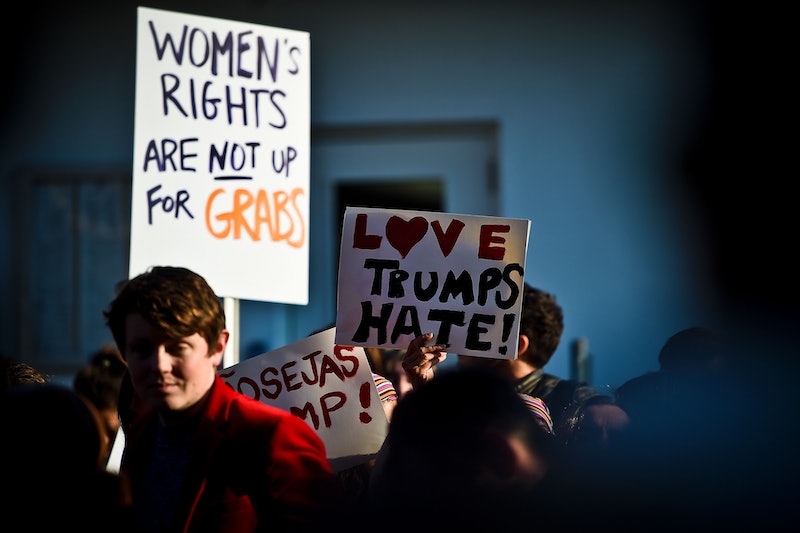 On Saturday, thousands of people gathered in Washington D.C. for the Women's March on Washington to stand up against a presidency that seems to threaten our basic human rights. And while the march itself is something that should be taken seriously by everyone, some of the protesters have been able to muster up a sense of humor with their clever Women's March signs. From referencing Donald Trump's hair to highlighting how we've essentially transcended backwards in history, protesters around the country are proving that speaking up for what we believe in can be both serious and seriously clever.

If you've ever been to a protest, you're probably well aware that the signs people carry tend to set the tone of what the protest is all about. If someone's willing to carry around a sign all day, clearly it's because the point they're trying to make is important to them. And the point the people at the Women's March are making is a huge one: women's rights are human rights.

The next four years are going to be long and hard for many Americans, and this is just day one of what will be an ongoing battle. But people from all over the country came prepared to take a stand. Here are some of the most clever signs that protesters are using to speak up at the Women's March: