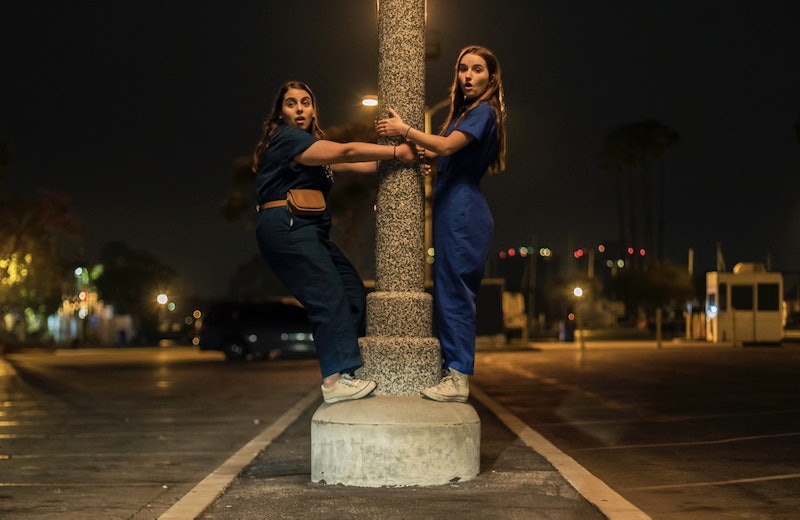 It's wild to think that in 2019 we still need to be working so hard for stories by and about women to reach our screens but consider this: Variety reports that this year's Cannes Film Festival (happening May 14 - May 25) will have the strongest showing of women in competition since 2011. Even though that number has gone up, it's still quite low considering only 13 directors of the 47 films screening at Cannes are women. (Other film fests like Sundance and Berlinale, Variety points out, do much better with women filmmakers making up 46 percent and 40 percent of the lineup, respectively.)

Many of the films on this list of May 2019 movies written or directed by women premiered at film festivals, which the MPAA notes are a vital piece of the film ecosystem, in part providing opportunities for filmmakers to connect with new producers, studios, and distributors. And while the MPAA names three white men as some of "today’s iconic filmmakers ... film festivals have helped open doors for," women are a part of this same ecosystem and in need of the same boost provided by screenings at festivals, especially those as sizable and respected as Cannes.

This month, there are many great options for movies to see either at home or in the theaters — in particular, movies written or directed by women. Whether you're looking for a same-sex love story, comedies about female friendship, true crime about infamous cults, or documentaries following fierce women politicians, this spring has what you are looking for, thanks to women auteurs and those who support them.

More like this
Claire Foy & Rooney Mara Revisit A Devastating Tale In 'Women Talking'
By Bustle UK
Here’s Everything Coming To & Leaving Netflix In December
By Jake Viswanath
Amanda Gorman Shared A Powerful Message On Meghan Markle’s Penultimate Podcast
By Darshita Goyal
The 'Love, Lizzo' Harry Styles Scene Is Just 1 Moment That Made Fans Feel Seen
By Brad Witter
Get Even More From Bustle — Sign Up For The Newsletter