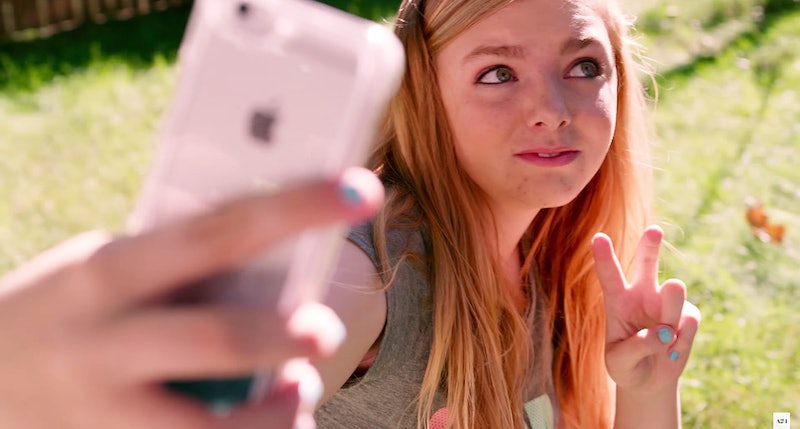 As we grow older, we often come across things in pop culture that remind us of something from our pasts. We might spot a film on Netflix that reminds us of the summer vacations we spent with family, or see an animated flick in theaters that brings up memories our pets. Nostalgic movies come in many different genres and themes, but they all bring back those warm, fuzzy and awkward feelings from our younger days. Movies can have the power to make us feel like kids again — in both the best and worst ways — and these 14 movies out in summer 2018 are so nostalgic that when you watch them, you'll be totally transported back to your youth.

Films like this summer's Eighth Grade will make you remember those painful years navigating through middle school, while movies such as Like Father will have you thinking wistfully about the times you spent with your parents back in the day. Nostalgic films just know how to hit you right in the feels, and these 14 movies out this July and August will have you longing for the past — even it wasn't really that long ago. Get ready for some major throwbacks when you watch these flicks.

Middle school can be the cruelest time in a young adolescent's life. It's that in-between stage of navigating a preteen mindset and heading into one's teenage years. The acclaimed Eighth Grade explores just how awkward and confusing that time period is in a hilarious, must-see way.

Family vacations can be a source of experiences both good and bad. In the new Hotel Transylvania 3: Summer Vacation, it's summer vacay time and everyone's favorite monster family is going on a luxury monster cruise.

Remember how hilarious the "Dancing Queen" scene with Meryl Streep from the first Mamma Mia was? Well, the sequel to the musical romantic comedy is here, and time around, none other than Cher joins the cast.

4. Teen Titans Go! To The Movies

Based on the popular animated series Teen Titans, this animated film will surely have you thinking about those childhood Saturday mornings filled with cartoons and cereal.

Tom Cruise is back at it again with some seriously impressive stunts.

Summer flings can be the best, and Timothee Chalamet's Hot Summer Nights takes a typical teenage summer vacation to a very intense level.

Winnie-the-Pooh and friends reunite with their now-older pal Christopher Robin (Ewan McGregor). Prepare for all your past warm feelings about Pooh Bear to reignite.

Kristin Bell plays a woman who’s left at the altar and ends up going on her honeymoon cruise with her estranged father (Kelsey Grammer). It's a rom-com that tells a story of a fractured bond between father and daughter.

It's out August 3 on Netflix.

9. The Spy Who Dumped Me

Who wants to remember a particularly bad break-up? No one. The Spy Who Dumped Me follows a woman (Mila Kunis) as she becomes entangled in a conspiracy because her ex-boyfriend was actually a spy.

Not Goin' Back will have you thinking about the days where you and your ride-or-die best friend didn't have a care in the world.

Pet lovers, this one is for you. Dog Days will hit you in the feels about your furry family.

Featuring quirky relatives and high-strung parents, Crazy Rich Asians will have you thinking back to the first time you met the family of a significant other.

13. To All The Boys I've Loved Before

If you've ever had a secret crush, this sweet rom-com is for you. Prepare for some secondhand teenage awkwardness, though.

Kin may seem far from reality because it's about the supernatural, but if you have siblings, this movie will ignite memories of your childhood adventures. Kin follows a teenage boy and his ex-con brother as they run from a vengeful criminal and a gang of out-of-this-world soldiers.

In some way, each of these films will lead to you taking a walk down memory lane.