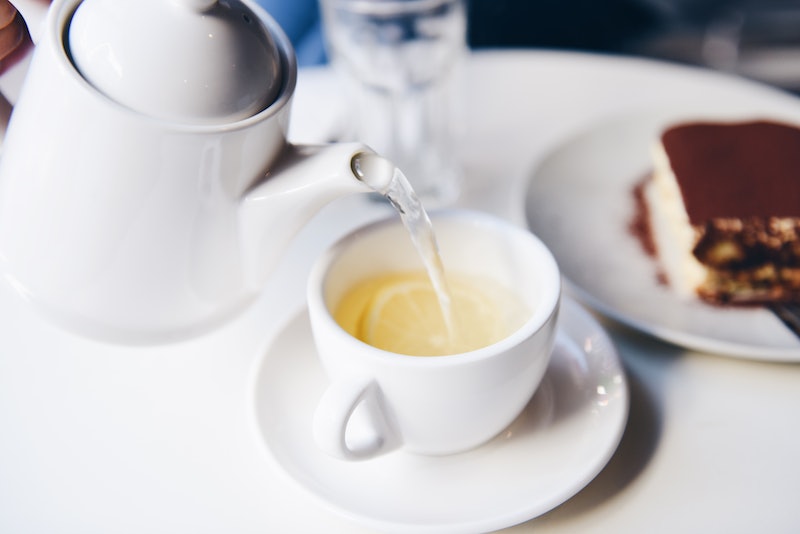 Not all memes are created equal. Truth be told, most are mere blips on the Internet's radar. What happened to the NASA Mohawk Guy? Did the First World ever solve its problems? It takes a special kind of meme to hang on to the internet's fickle attention, but the sipping tea meme has managed to do exactly that. Years after its creation, Kermit and his tea-drinking friends are still ready and willing to help you rise above all the drama — but only after putting in your two cents, of course.

According to Know Your Meme, the meme's origins reach all the way back to 2014. That year, Instagram users began pairing images of Kermit the Frog with passive-aggressive observations, followed by the caveat that it's "none of my business." Soon, a single image came to be associated with his aloof put-downs: Kermit sipping a cup of steaming Lipton tea. No topic is off-limits; the beloved Muppet has gone after everything from cheaters to Donald Trump's word choice. These days, the meme has become so popular that the mere act of sipping tea is synonymous with throwing shade.

I feel like someone should warn Miss Piggy that her beau is hiding a strong passive-aggressive streak, but I suppose it's none of my business. It is, however, my business to introduce you to some of the best sipping tea memes. Use them wisely.

More like this
How To Use Less Plastic To Help The Planet
By Carolyn Steber
Your July 2022 Monthly Tarot Reading
By Jezmina Von Thiele
15 Years Of The iPhone, In Pictures
By Emma Carey
Taco Bell Announced A Crunchwrap & Tostada Made With Cheez-Its
By Emma Garza
Get Even More From Bustle — Sign Up For The Newsletter