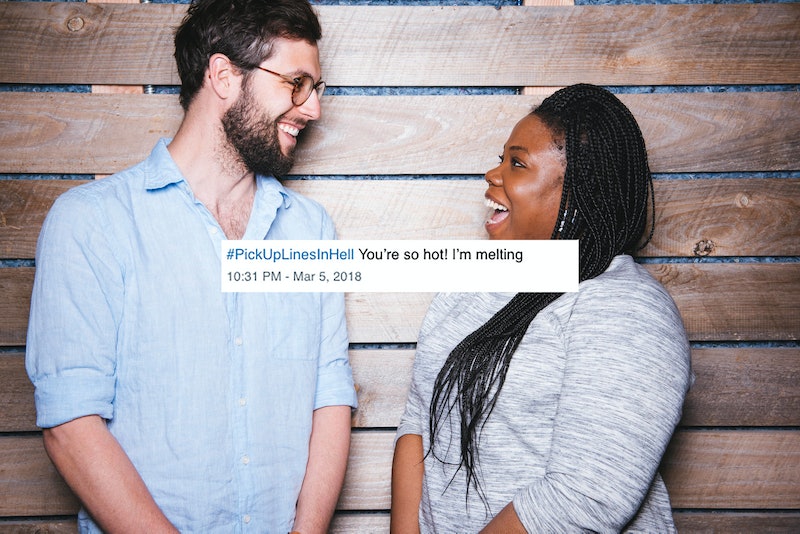 There's nothing like a terrible pickup line to make you groan, cringe, or, in the best case scenario, double over laughing. And thanks to the trending hashtag #PickUpLinesInHell, folks on Twitter are competing to contribute their most hellish and hilarious gambits for your reading pleasure.

Opening one-liners are as cliched as they come, but are they ever successful? Back in the 1980s, social scientists actually tried to answer this question and gauge which pick up lines were most effective. To do this, they broke pick up lines down into three categories: "direct gambits," (which are straightforward expressions of interest), "innocuous gambits," (which can hide a person's true intentions), and "cute/flippant gambits" (which usually include a bad pun or double entendre). Both male and female subjects in the study agreed that the last kind were the most unattractive, because hearing anything along the lines of "Is your name Google? Because you're the answer to everything I've been searching for" is just downright awful. That said, men preferred a direct gambit of all the kinds of pick up lines, while women preferred the innocuous gambit as a way to ease into a conversation.

The following are 15 pick up lines from Hell, courtesy of Twitter: