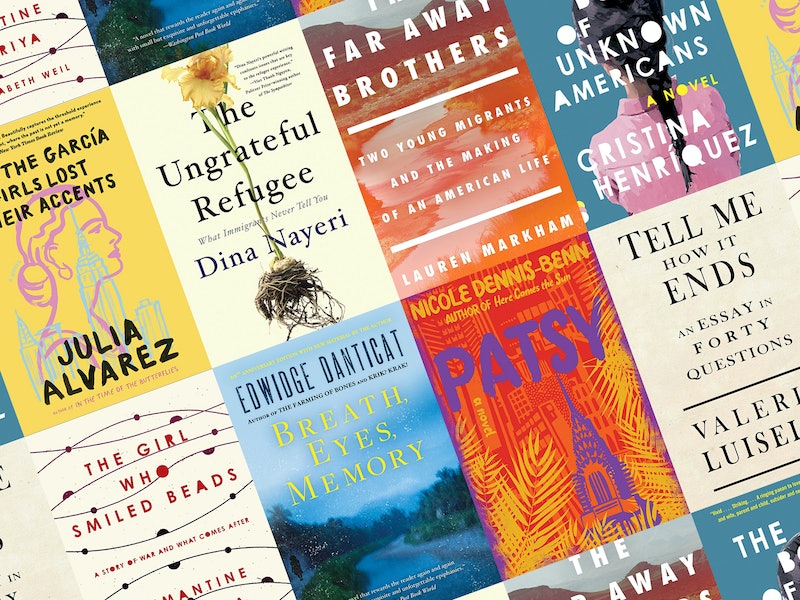 Revelations about life inside camps for Central American refugees, combined with Donald Trump's recent remarks about four congresswomen of color, have revived conversations about asylum and U.S. immigration. If you're feeling a bit overwhelmed by the news cycle, don't worry, because I've got 15 books about asylum and immigration, written by people whose lives and families have been affected by them.

The terms "immigrant," "refugee," and "asylum-seeker" may seem interchangeable at times, but there are a few key differences you should know about. Immigrants are people who come to the U.S. from other countries. Refugees and asylum-seekers are immigrants who come to the U.S. in flight from persecution in their homelands. Refugee status must be approved before a person enters the U.S., but a person must be in the country already, or at a port of entry, in order to apply for asylum.

The Trump administration is currently poised to enact a "third-country rule," which would render most of the Central American immigrants currently held in U.S. detention ineligible for asylum — and prevent them from establishing themselves as documented U.S. residents and citizens. Once a person is denied asylum in the U.S., they generally cannot be granted the status at a later date. When re-applying, an asylum-seeker who has been denied asylum previously must "describe any change(s) in conditions in [their] country or [their] own personal circumstances since the date of denial." Whether asylum-seekers who are currently separated from their families in U.S. detention would be able to meet this requirement to the Trump administration's satisfaction remains to be seen.