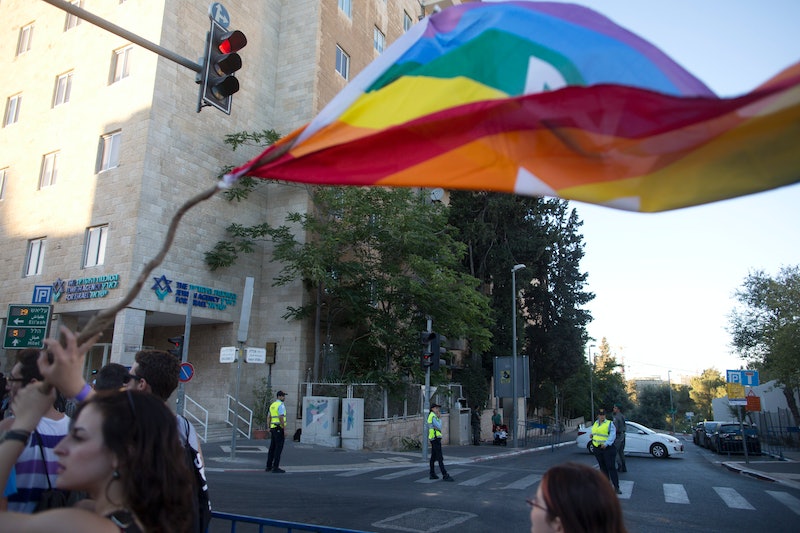 Pride Month is here! The sun is out, summer is on its way, and people in the U.S. and around the world are preparing for the hundreds of Pride marches that will take place around the globe. And to help you make your mark at your local march, here are some creative Pride sign ideas for you.

While you scrounge up poster board and markers, here’s some background on Pride. In 2000, Bill Clinton declared June “Gay and Lesbian Pride Month,” but the month had been significant to the LGBT community long before that. The birth of the modern pride movement is widely considered to be the 1969 Stonewall Riots, a series of demonstrations in which the gay community protested police raids of the Stonewall Inn, a gay bar in New York’s Greenwich Village, and against their general mistreatment at the hands of authorities.

“We all had a collective feeling like we’d had enough of this kind of shit,” one participant told David Carter for his book “Stonewall: The Riots That Sparked the Gay Revolution”, “[...] There was something in the air, freedom a long time overdue, and we’re going to fight for it. It took different forms, but the bottom line was, we weren’t going to go away. And we didn’t.”

The power and violence of the riots, and the police response to them, led to a more formal mobilization of gay activists, and a year later, on June 28th, 1970, the first Gay Pride marches in U.S. history took place in cities across the country.

Over time, the marches expanded into a whole month of events, and evolved from purely political demonstrations to celebrations of queer life and sexuality.

And at a time when LGBT rights are once again coming under fire from those in power, it especially important to take to the streets, to thumb your nose at ignorance and bigotry, and demand your rights, your space, and your respect.

With that in mind, here are some tips for making the perfect Pride sign.