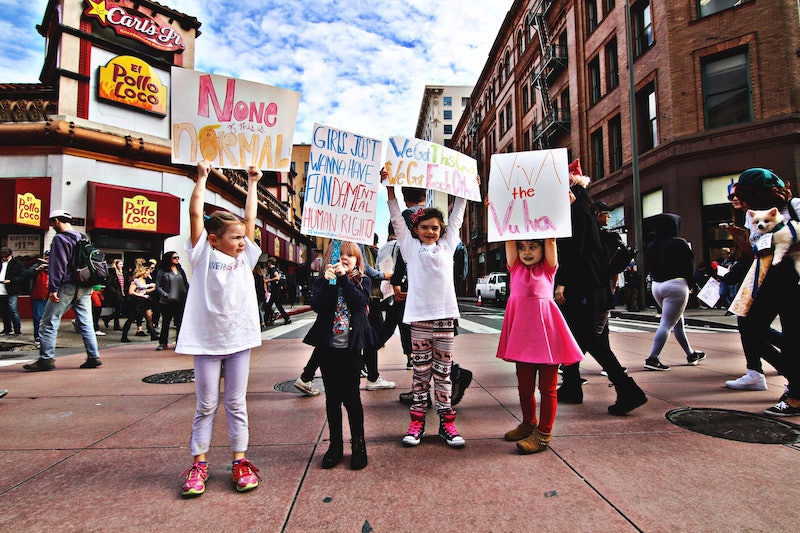 Each year, International Women's Day recognizes the social, economic, cultural, and political achievements of women all over the world, but International Women’s Day 2017 calls for even stronger action than usual. This year, the day of recognition has been transformed into A Day Without A Woman — a protest/workers’ strike/divestment action/holiday designed to highlight the invaluable contributions women make to the American workforce and socio-economic system, while still receiving lower wages and fighting inequity, discrimination, sexual harassment, and job insecurity. Celebrated this week, on March 8, “A Day Without A Woman” treads closely on the heels (pun intended) of the Women’s Marches that took the United States and the world by storm back in January — and if you’re planning on participating, there are few ways to do so. (Not least of which includes checking out these poems to read on “A Day Without A Woman”, all of which invite you to reflect, re-energize, and reconsider the experience of womanhood from a fellow woman’s perspective.)

Considering joining “A Day Without a Woman” yourself? Here’s what you need to know: on March 8th women take the day off, from work — paid, unpaid, whatever that means to you — while being mindful of the fact that there are women all over the world who cannot afford to do the same. Another option is to avoid your regular shopping go-tos in favor of investing in small, women- and minority-owned businesses instead. The simplest option of all? Wear red, in solidarity with “A Day Without A Woman.” Oh yeah, and be sure to check out these 15 feminist poems to read on “A Day Without A Woman.”