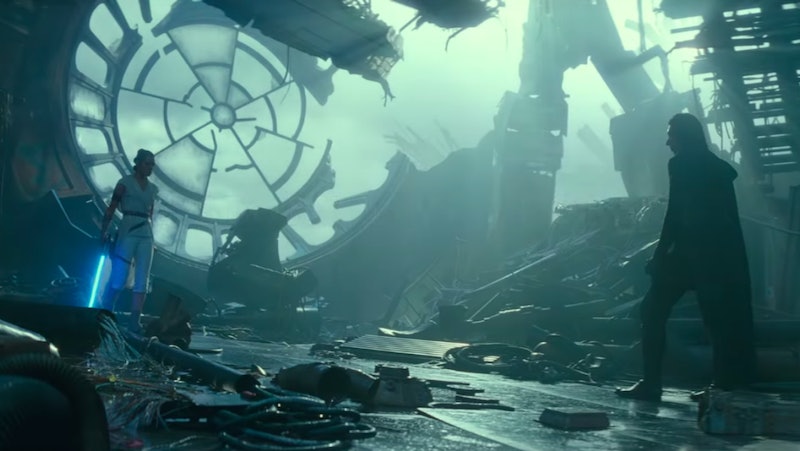 This article contains spoilers for Star Wars: The Rise of Skywalker. It's no secret J.J. Abrams is a geek, giddily enthusiastic about his favorite worlds. With his work on Star Wars, he got to live every superfan's dream — actually playing around with beloved characters and further extending the stories of that galaxy far, far away. And if there's one thing true nerds can't resist, it's hiding easter eggs referencing that love in plain sight — small test-rewards for the true faithful to spot and enjoy. Here are 15 Star Wars easter eggs in The Rise Of Skywalker.

The Force Awakens, Abrams' first Star Wars movie, was rife with nods not just to the Star Wars universe, but to Abrams' own show Lost, experimental Canadian films that inspired George Lucas, and even oddball horror movie Phantasm (Captain Phasma's armor recalled the film's shiny murder-orbs). Fans should expect no less in what Abrams acknowledges as the end to a trilogy he started, and a capper to the nine-film series Lucas began back in 1977. While there's plenty in the film directly calling back to the original series, like Lando Calrissian finally getting back his beloved Millennium Falcon to fly for the Resistance, and showing up as cavalry yet again, other nods are far subtler... some so subtle you probably missed a few on first viewing.