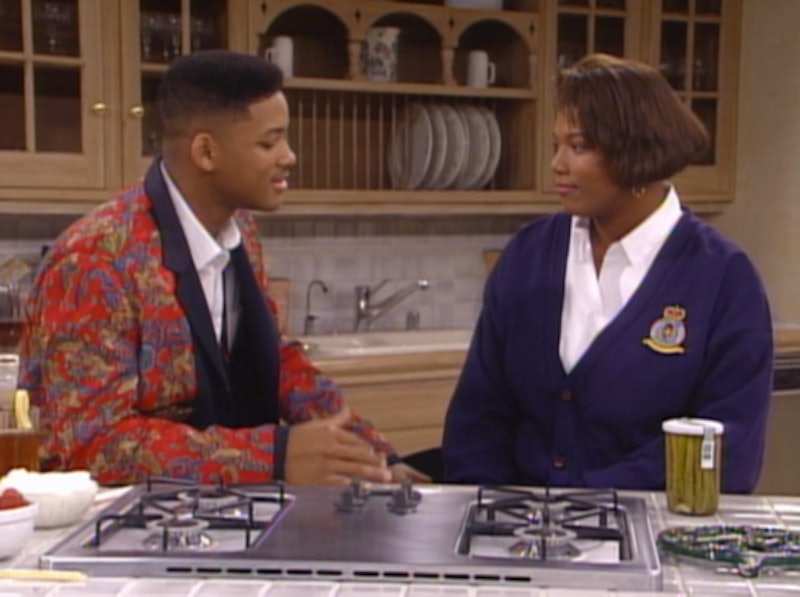 We all know the story all about how one young man's life got flipped-turned upside down... no, not the Fresh Prince, but the guy who played him, Will Smith. Originally known for his charming, danceable music, Smith used The Fresh Prince of Bel-Air to morph from lovable musical goofball to Hollywood superstar. Smith wasn't the only actor that Fresh Prince helped on his or her way to stardom, though, as these 16 Fresh Prince actors ended up becoming huge stars after turning up in Bel-Air.

Just like Smith, Queen Latifah and Vanessa Williams already had established music careers before coming on TV, but Fresh Prince was a stepping stone on the path to entirely new careers for both of them. Others came straight out of nowhere; who would've noticed (or expected) Milo Ventimiglia to show up in the fancy manse as a random party guest at a blowout hosted by Ashley? Some stars on this list, meanwhile, are better known for their voices, not their faces, so you probably missed them the first time around. So while you may not have recognized them at the time, if you dip back in to the adventures of the Banks clan, you'll definitely notice these stars now.