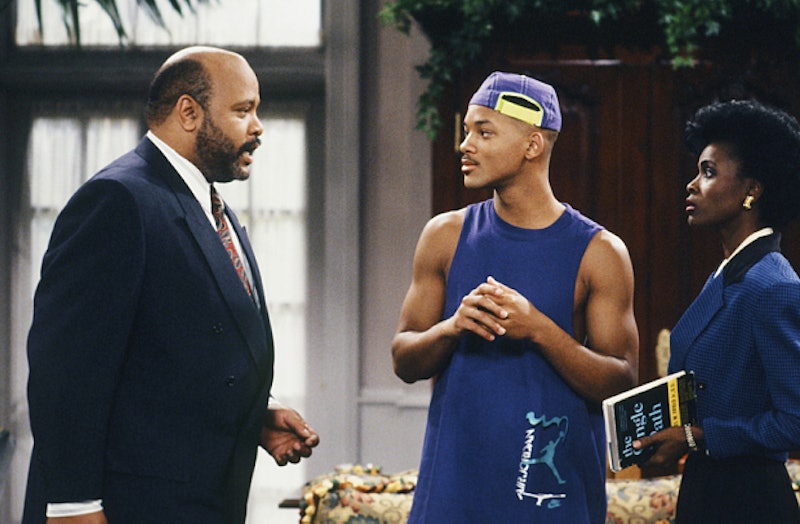 If you are a fan of the iconic '90s television sitcom The Fresh Prince of Bel-Air, then you are no stranger to the variety of Fresh Prince dirty jokes that are peppered throughout the hilarious series. Though the show did have its serious moments, Fresh Prince's brilliance stemmed from the fact that nearly all subjects, no matter how powerful or trivial, could be discussed in a humorous way. From Geoffrey's constant sarcastic comments on the Banks' bougie household, to quips about Carlton's height and Uncle Phil's hearty appetite, no member of the Banks household were immune to jokes or snide remarks.

Still, one of the major components of the show were the salacious one-liners that main character Will Smith was known for. In his many misguided attempts to impress women, Will was not afraid to humiliate himself, or, even worse, to bring his cousin Carlton or best friend Jazz in on his foolishness. Because Fresh Prince was a sitcom geared toward teens, it was not afraid to get a tad racy. There was a lot of dissuasion surrounding sex on Fresh Prince, and even more interesting was the way the series portrayed Will and Carlton's sex lives against that of their female counterparts, Hilary and Ashley.

Though many of these dirty jokes were obvious, especially when it came to Will, here are seven dirty jokes from Fresh Prince that you've probably forgotten about.

Will's BFF Jazz, was constantly being thrown out of the Banks' mansion, and for good reason. He constantly came on to Will's cousin Hilary with lines that rivaled only the Fresh Prince himself.

We all knew that Will and Carlton's relationship grew extremely close over the years, but I never knew they were this cozy.

The cool thing about Fresh Prince was the fact that the show constantly showcased Aunt Viv and Uncle Phil's happy and sexual relationship. Marriage certainly doesn't mean the fun has to stop.

4. Half Off Means More Than Good Sale

Will could always be counted on to find a dirty joke in anything. Even Hilary's Victoria Secret catalogs weren't safe.

5. CPR Is Not Just About Resuscitation

When Hilary was invited to the Playboy mansion, she brought Will and Carlton along with her. Will, of course, was in his element, but at least for once he tried to be subtle about it.

6. Anything Aunt Helen Ever Said

Aunt Helen is hands down my favorite recurring character on Fresh Prince, she was basically the female version of Will. Played by the impeccable Jenifer Lewis, Aunt Helen was sassy and hilarious, and it became more and more obvious where Will got his confidence from.

Will had so many one-liners over the course of the six season series. Though they were absurd, they were often chuckle worthy. My favorite is still, “I think I’ve seen your picture somewhere before… oh yeah that’s right, it was in the dictionary next to KABLAM!”

As I've gotten older, I've noticed more and more dirty material hidden in Fresh Prince episodes. Sex is a major part of life and the series certainly wasn't afraid to talk about it. The best part about it is that the series is just as hilarious now as it was in the '90s, and these jokes are part of that appeal.