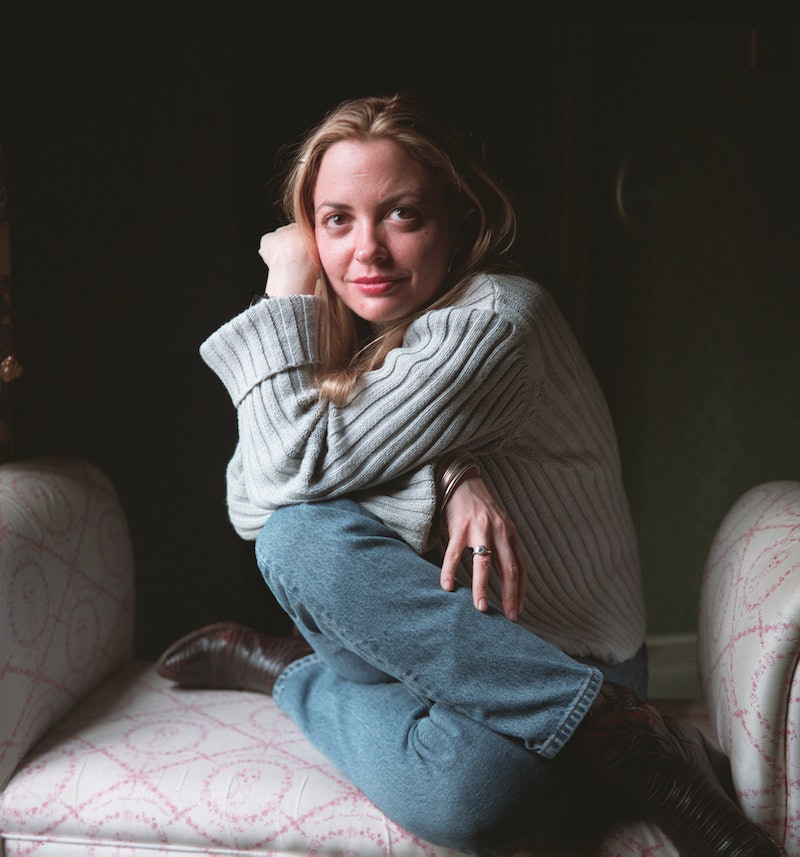 The world lost a great writer on Tuesday, as news broke of memoirist Elizabeth Wurtzel's death from metastatic breast cancer at age 52. In celebration of her life and the impact her unapologetic 1994 memoir Prozac Nation has had, we're spotlighting quotes to remember Elizabeth Wurtzel by.

Born in New York City in 1967, Wurtzel began writing professionally at age 16. Her parents were divorced, her father almost totally absent. She later learned, after her initial breast cancer diagnosis, that he was not her father at all. Wurtzel attended Harvard College, where she wrote for The Harvard Crimson, and later went on to attend Yale Law School.

Don't let her brief law career fool you, however. Elizabeth Wurtzel was a writer, through and through. Prozac Nation gave a voice to Gen-Xers living with mental illness, particularly those who grew up with less-than-stellar home lives. Her 1998 book, Bitch: In Praise of Difficult Women, lauded every woman, from Delilah to Yoko Ono, who has made herself unlikable. In 2000's More, Now, Again: A Memoir of Addiction, she examined new drug habits brought on by the weight of her first memoir's success. Her writing was open, raw, and honest. She will be missed.

Here are 16 Prozac Nation quotes to remember Elizabeth Wurtzel by:

From the essay "I Hate Myself and I Want to Die"

"I need the thing that happens when your brain shuts off and your heart turns on."

From the essay "Full of Promise"

"[I]f you ask anyone in the throes of depression how he got there, to pin down the turning point, he’ll never know. There is a classic moment in The Sun Also Rises when someone asks Mike Campbell how he went bankrupt, and all he can say in response is, 'Gradually and then suddenly.' When someone asks how I lost my mind, that is all I can say too."

From the essay "Secret Life"

"That is all I want in life: for this pain to seem purposeful."

From the essay "Love Kills"

"Obviously, this is a prison house fantasy of the life of addiction. Many people go through rehab several times and still don’t recover, but it was certainly true that there were many outlets and much alarmist behavior you could indulge in if you developed a nasty drug problem. I, on the other hand, had taken a small overdose of pills and scarred my legs with razor blades, and still no one seemed to be rescuing me. Because, on paper, there was no actual problem."

From the essay "Broken"

"I was a perfect weirdo by any standard.... I was all belts and bows and ties and fabric, always weighed down by so much stuff, and this was in the beginning of the Reagan-era optimism of the early eighties, the time of lightheartedness and good tidings and bright colors. When all the other girls adorned themselves with plastic earrings and accessories in turquoise and yellow and chartreuse and hot pink, there I was in everything cold and dark, silver and lapis hanging from my ears like an old throwback to the sixties or the seventies, or maybe to an unhappy time and place that everyone who surrounded me didn't remember or had never even been to in the first place."

From the essay "Black Wave"

"I know that nothing is as it should be, nothing is even the way I wish it would be.... I might as well sleep through the rest of my life, and I am so horrified that I let out the loudest scream I’ve ever made."

From the essay "Happy Pills"

"Nothing in my life ever seemed to fade away or take its rightful place among the pantheon of experiences that constituted my eighteen years. It was all still with me, the storage space in my brain crammed with vivid memories, packed and piled like photographs and old dresses in my grandmother’s bureau. I wasn’t just the madwoman in the attic — I was the attic itself. The past was all over me, all under me, all inside me."

From the essay "Drinking in Dallas"

"Somehow, I had this moment of truth, and I felt certain that I didn’t want this, didn’t want to live this life, had to get out of there right then. So I pulled my hands away from his fly, pulled my shirt back on, and started to run, but the thing was, I couldn’t run anywhere. I had to call a taxi first. And I thought to myself, You know this sucks. It sucks when you can’t make a clean getaway."

From the essay "Space, Time, and Motion"

"That's the thing about depression: A human being can survive almost anything, as long as she sees the end in sight. But depression is so insidious, and it compounds daily, that it's impossible to ever see the end."

From the essay "Down Deep"

"I wanted to kill him because I took a 6:00 a.m. flight and changed planes in Houston so I could see him, and... I can’t believe he wasn’t up all night waiting for me the way I would have been for him. But I didn’t say that, realizing in some tiny little sane corner of my brain that I am crazy and he probably isn’t."

From the essay "Blank Girl"

"I am crying because whatever my gifts, the pieces of good buried inside and under so much that I feel is bad, is wrong, is twisted, are less clear than the ability to hit a ball with a bat and break the scoreboard or do a triple pirouette in the air on ice. My gifts are for life itself, for an unfortunately astute understanding of all the cruelty and pain in the world. My gifts are unspecific. I am an artist manqué, someone full of crazy ideas and grandiloquent needs and even a little bit of happiness, but with no particular way to express it.... I am becoming a complete waste."

From the essay "Good Morning Heartache"

"[I]f you were to find a shattered mirror, find all the pieces, all the shards and all the tiny chips, and have whatever skill and patience it took to put all that broken glass back together so that it was complete once again, the restored mirror would still be spiderwebbed with cracks, it would still be a useless glued version of its former self, which could show only fragmented reflections of anyone looking into it. Some things are beyond repair. And that was me."

"I have come to London to see the absolute bottom, and sure enough, I will."

"Madness is too glamorous a term to convey what happens to most people who are losing their minds. That word is too exciting, too literary, too interesting in its connotations, to convey the boredom, the slowness, the dreariness, the dampness of depression... The word madness allows its users to celebrate the pain of its sufferers, to forget that underneath all the acting-out and quests for fabulousness and fine poetry, there is a person in huge amounts of dull, ugly agony."

From the essay "Think of Pretty Things"

"Depression is about as close as you get to somewhere between dead and alive, and it's the worst."

From the essay "Prozac Nation"

"Perhaps what has come to be placed in the catchall category of depression is really a guardedness, a nervousness, a suspicion about intimacy, any of many perfectly natural reactions to a world that seems to be perilously lacking in the basic guarantees that our parents expected: a marriage that would last, employment that was secure, sex that wasn’t deadly."

More like this
Pamela Anderson Is Still A Hopeless Romantic
By Ilana Kaplan
10 Equally Romantic & Heartbreaking Books From British & Irish Authors
By Shahed Ezaydi
5 Signs You Have A Toxic Relationship With Yourself
By Lexi Inks
The Mysterious Gunther Corporation From 'Gunther’s Millions' Has Dissolved
By Brad Witter
Get Even More From Bustle — Sign Up For The Newsletter
From hair trends to relationship advice, our daily newsletter has everything you need to sound like a person who’s on TikTok, even if you aren’t.