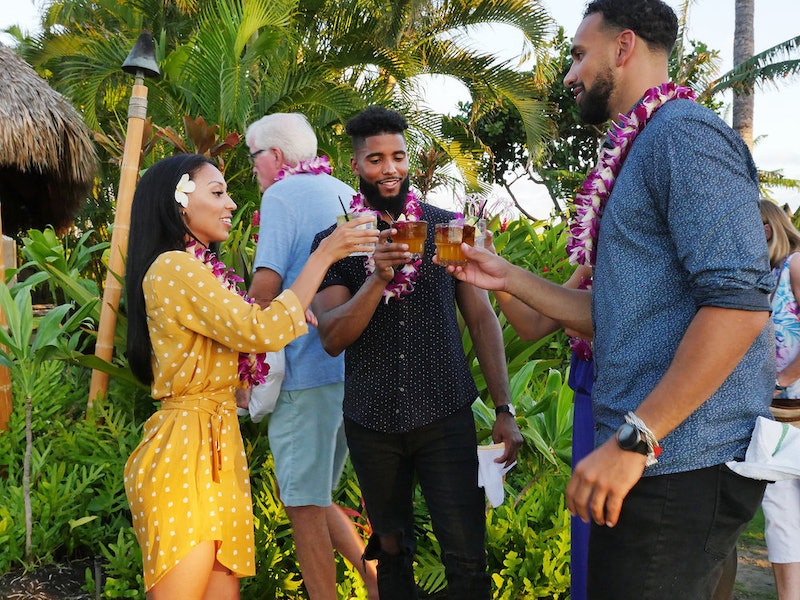 Colton Underwood's season of The Bachelor is in full swing and he's well on his way toward that fateful meeting with Neil Lane. But, if you're either sick of the show after 23 seasons or just aren't a fan of the lead this time around (though, I will say, he's doing a surprisingly good job), then maybe you're looking for some other reality dating shows to watch. There are plenty of them out there.

For U.S. network TV, The Bachelor is a reality dating mainstay. It, and its spinoffs The Bachelorette and Bachelor in Paradise, are probably the first that come to mind for most Americans when they think of dating shows. But they're far from the only ones out there. There are cable dating shows, streaming dating shows, dating shows from other countries, shows that aren't really dating shows but involve a lot of dating and therefore count...

A lot of the reality dating shows out there are available for streaming somewhere, so whether you have Netflix, a cable login, your cousin's Hulu password, or are willing to take a dive through YouTube, here are some shows you can try checking out to satisfy your reality TV needs.

Temptation Island originally aired in the early 2000s, and it just came back for 2019. On the USA Network show "Four couples at a juncture in their relationship seek clarity on Temptation Island, a tropical paradise populated by 24 single men and women who are themselves looking for love." The first three episodes are available to watch on the USA site.

Terrace House is a Japanese show in which six strangers live together in a house to hang out and, depending on the people, possibly start dating. Over multiple seasons, filming has taken place in different locations (like The Real World). Three seasons are currently available on Netflix: Terrace House: Aloha State, Terrace House: Boys & Girls in the City, and Terrace House: Opening New Doors.

Ex on the Beach started in the U.K., but it's now on its second season in the U.S. The show involves cast members from other reality TV shows going to live by the beach together and — surprise! — their exes show up, too, to start some drama. Episodes can be viewed on MTV's site with a cable login.

On this Australian show available on Netflix, "Four singles have one chance to reignite romance with an ex — or leave the past behind for good."

And now we get into 90 Day Fiancé, which is a franchise of its own with three shows available on Hulu. First, we have the original 90 Day Fiancé about couples where one person is an American citizen and the other is in the country on a Visa for fiancés that lasts just 90 days. By the time those three months are up, they have to decide if they want to get married or not.

This spinoff of the TLC show is about Americans who started online dating people who live outside of the country and go to meet them for the first time. There is one season of the show currently on Hulu.

Finally, we have 90 Day Fiancé: Happily Ever After? which has updates about the couples from the original show.

Hulu also has Married at First Sight, which is pretty much exactly what it sounds like.

This show is also pretty much exactly what it sounds like. According to Amazon, where the show is available to buy, "Each week on a primitive island resort, daters will go on exotic dates and be naked every step of the way." You can also watch episodes on the VH1 site with a cable login.

Now this is a big one. Also on Hulu, Love Island is a huge hit in the U.K. It involves love and competing for money. According to the Hulu description, "Glamorous singles live in a beautiful villa under the watchful gaze of the audience at home, who have the power to decide who stays and who goes."

Another U.K. show, this one features celebrities (or "celebrities" since most of them are just from other reality shows) going out on dates with regulars. You can check it out on the Channel 4 site if you register.

Are You the One? is an MTV show — available to view on their site with a cable login — where a bunch of singles have been paired up using matchmaking technology, but they don't know who is the perfect fit for whom. If they guess right, though, they can win money.

This show, now available on Hulu, aired for years on Bravo, and shows matchmaker Patti Stanger setting up rich people who are looking for love. Sometimes the people featured are interesting or strange or completely oblivious to how dating should work, but Patti's still the one stealing scenes.

Next was a show that ran on MTV from 2005-2008. One person goes on dates with multiple people, who wait for them in a van. If the person isn't feeling the date, they can say "next", and the next contestant comes out of the van to take their turn. For this blast from the past you might have to do some digging, but it does look like some episodes are on YouTube.

Big Brother is a competition to win $500,000, and it's all about strategy. That said, the contestants have to live together in a house with no access to the outside world for weeks, so sometimes love connections are made. The most recent season is available with CBS All Access.

Sure, you're sick of The Bachelor, but are you sick of Bachelor Pad? Do you even know what Bachelor Pad is? On this pre-Bachelor in Paradise spinoff, former Bachelor and Bachelorette contestants compete for a cash prize. And, yeah, they can date, too. It's available for purchase on YouTube.

There you have it. Sixteen dating shows to watch instead of The Bachelor. (And if you want to watch them and still watch The Bachelor, that's fine, too.)