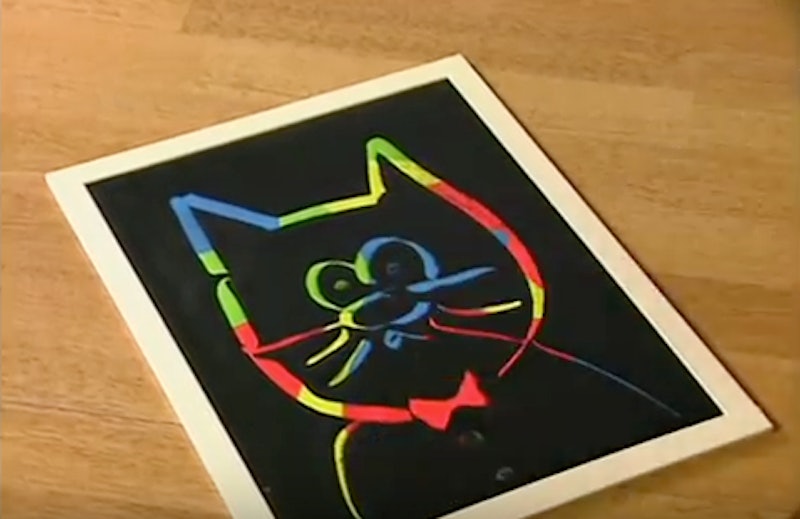 We were never so impressionable as children sitting in front of the TV watching infomercial after infomercial. They defied all laws of logic and somehow made us believe we needed everything. Of course we needed to play golf while we were taking a pee. Of course we needed markers you had to BLOW in to use. Why not?! Most of the things you wanted from infomercials in the '90s were probably completely unnecessary and maybe even totally outrageous, but nothing stopped you. You'd beg your mom to call the number on the screen and make four easy payments of $19.99 so all your dreams could come true. Otherwise, she was the worst mom in the world, was ruining your life, and never bought you anything.

We all can probably agree the '90s were a time of experimenting. Just look at bowl cuts. We weren't afraid to think outside the box, which would help explain Thighmasters and BeDazzlers. The '90s birthed some of the greatest trends and fads we'll ever know — some of which, I argue, were completely under-appreciated (*cough* Hairagami).

If you spent a lot of time in front of the tube during the '90s, you probably remember obsessing over at least one of these.