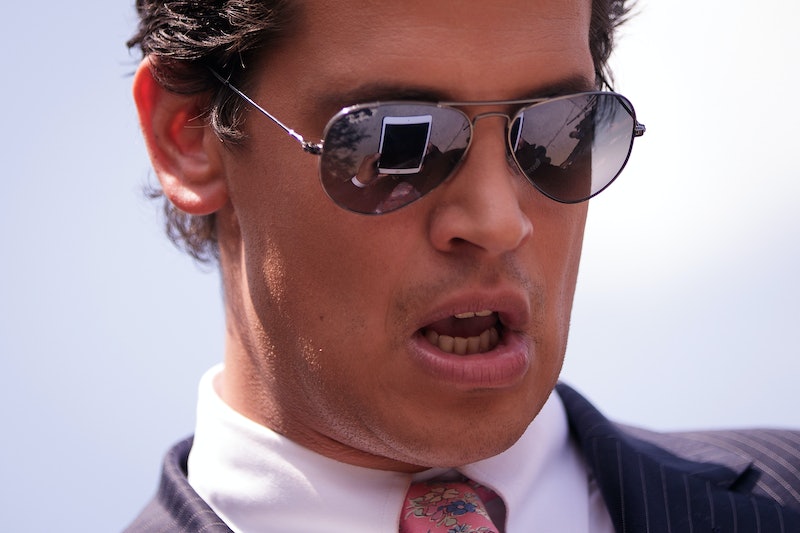 Plenty of people have already spoken out about the year's most contentious publishing decision, and now book creators are standing up and speaking out. In an open letter published on Thursday, 160 authors and illustrators protested Milo Yiannopoulos' book deal with Simon & Schuster, saying that the decision "weaken[s] the reach of the [publisher's] many other brilliant imprints that daily attempt to contribute to humanity instead of destroy it."

As the face of the white nationalist, "alt-right" movement, Yiannopoulos was making headlines before Simon & Schuster paid a reported $250,000 to publish his book, Dangerous. He rose to prominence as a writer and editor for the white nationalist website Breitbart. In 2016, he was permanently banned from Twitter after he instigated a racist, sexist dogpile on Ghostbusters actress Leslie Jones.

Threshold has placed Simon & Schuster's considerable reputation and weight behind one of the most prominent faces of the newly repackaged white supremacist/white nationalist movement and financially supported a man who routinely denigrates, verbally attacks, and directs dangerous internet doxxing and hate campaigns against women, minorities, LGBTQ individuals, Muslims, and anyone he chooses to target who supports equality and human decency. Irrespective of the content of this book, by extending a mainstream publication contract, Threshold has chosen to legitimize this reprehensible belief system, these behaviors, and white supremacy itself.

Dangerous is not Yiannopoulos' first book. In 2007, he self-published a book of poetry, Eskimo Papoose, under the name Milo Andreas Wagner. The book contains plagiarized lyrics from Tori Amos, Britney Spears, and Mariah Carey.

More like this
The Viral 'Little Miss' Franchise Is Focusing On Mental Health Next
By Darshita Goyal
I've Read The Harry Potter Books 30+ Times & This Plot Hole Haunts Me
By Kelsey Stiegman
We’ve All Had Bad Sex. Nona Willis Aronowitz Is Talking About It.
By Sophia Benoit
10 Must-Read New Books Out This Week
By K.W. Colyard
Get Even More From Bustle — Sign Up For The Newsletter