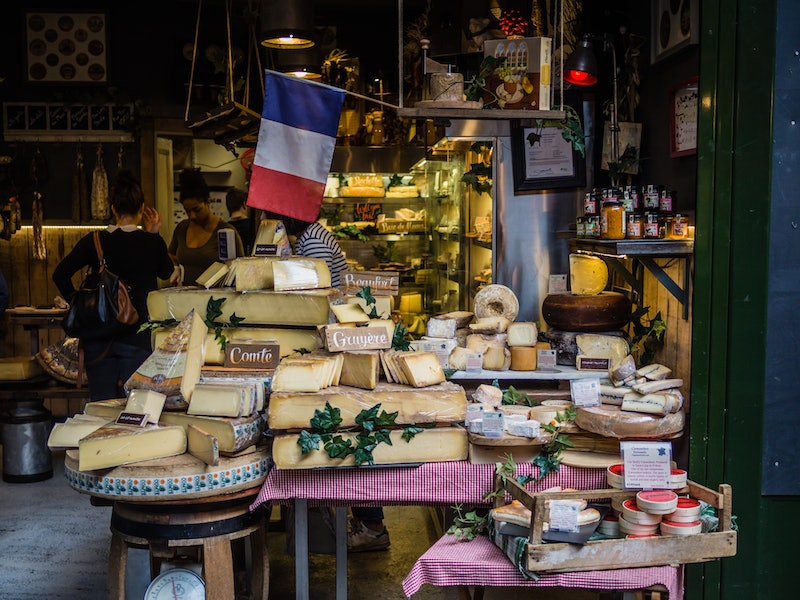 How many times have you walked by the artisanal cheese section of your grocery store, thought about diving in, but ultimately didn't find the guts? I admit, this has occurred to me dozens of times, and I never seem to get over my fear or just trying unknown cheese. Which is why these cheese you’ve never heard of may come in quite handy for your next trip to the artisanal cheese section.

Although I am scared of choosing artisanal cheeses, I wouldn’t consider myself naïve to the world of cheese. I am an avid cheese lover, and could never consider a breakfast sandwich without a delicious slice of gouda on top. Yes, a few of the cheeses I researched I have heard of — but I admit to being pleasantly surprised by the many ways those cheeses are made. For example, although you may have heard of gouda or gruyère cheese, there’s still more to understand about the ways that they can be pasteurized.

So if you’re looking to impress your folks next time they are in town with a delicious cheese board and a fancy bottle of wine, than take note a few of these cheese and memorize the facts! You are going to sound so smart on their next visit.

Let me guess — when you think of Swiss cheese, you think of holes, correct? Well emmentaler cheese is the original world-famous swish cheese,with a distinct nutty and herbal flavor. It was first produced near the Emme River in giant 200-pound wheels.

When you think Italian cheese, you immediately think of mozzarella, right? Well Scamorza is another Italian cheese to consider! Similar to provolone, scamorza is a semi-soft cheese and always comes in the shape of a pear.

Another great Switzerland-based cheese, but this time we’re traveling to the Swiss Alps! This hard cheese is so rich that you may not be able to handle it on anything but a simple cracker or with a grape. It’s rich in flavor, and ends with a smooth finish. It will for sure stand out at your next wine-and-cheese night with the gals!

Always pass the cheese display at your grocery store, and come across cheese names you never heard of? That’s because some, like ones made by The Sartori family, are original cheeses made either stateside or internationally. Made in Wisconsin, the original Bellavitano Gold cheese is a creamier version of Parmesan — yet with the balsamic, this one has a sweet,nutty flavor.

Not a fan of balsamic? Why not give the Bellavitano Merlot a taste instead then! I have a feeling it will go perfectly with a glass of red wine.

A French cheese that can most definitely come in a giant cheese wheel! A sweet and smooth cheese, this cheese is perfect for melting in a fondue pot!

Talk about a cheese with such a rich history! St. Nectarine was introduced to the court of Louis XIV in France, officially making it the most royal cheese to don any of your plates. This semi-soft French cheese is made in the Auvergne region of Central France, and dates back to the 17th century.

When you pick up grated parmesan to go with your pasta, ever see a container of pecorino romano right next to it? Ever brave enough to give it a try? Well you should, because it’s a whole different world! Sourced from sheep, these two hard Italian cheeses will give your usual pasta with red sauce a whole different taste.

Known as a Norwegian breakfast cheese, Gjetost is a dense semi-soft cheese that is almost as sweet as a caramel. It’s consistency is close to fudge, and even forms without a rind! If you’re looking for a dessert cheese for a sparkling rosé, make Gjetost your next go-to.

Compared to some of the other hard Italian cheese you may be used to, Fontina is a softer cheese with a smooth, buttery texture. If you’re looking for a cheese to melt on a sandwich or on top of your next meal that isn’t a simple slice of American or Velveeta, this is the way to go!

Always order the Bacon & gouda breakfast sandwich at Starbucks, but never actually seen gouda before? Well let me tell you, if you’re looking for a great gouda than you should certainly get a smoked gouda! This artisanal cheese is so incredibly delicious — you will never want to eat your sandwiches without it ever again!

If you’re a fan of blue cheese, than you most certainly are going to love blue affinee. This is one of the strongest and creamiest blue cheese yet — with a very pungent, earthy flavor. This particular cheese originates from the one land within the United States that actually does cheese right — Wisconsin.

That’s right – not only can you get cheese smoked, but it can be smoked with delicious flavoring! Gruyère is a hard, yellow cheese that comes from Gruyéres, Switzerland — and will probably be the most amazing cheese on your next cheese plate.

I’m sure you’ve heard of brie cheese — because it’s delicious, and if you haven’t, get on that. But did you know that brie cheese can actually be made of goat’s milk instead of cow’s milk? Brie cheese originates from France, so be sure to pair it with a delicious French wine!

We can’t have a cheese post without throwing in some manchego in the mix! This Spanish sheep’s milk cheese is one you’ll never forget. Perfect with a slice of green apple and a little bit of honey, manchego cheese has a distinct creamy yet sharp flavor that pairs well with anything sweet.

Can’t get enough of the delicious combination of cheddar and jalapeños? Than this is your next cheese to try! Peppadew is a sweet piguanté pepper that comes from the Limpopo province of South Africa. It’s a great pepper to give your usual macaroni & cheese a sweet, spicy kick!

Originated in Denmark, this cheese is a cow’s milk cheese perfect for melting onto your morning scrambled eggs, grilled with a burger, or simply sliced and enjoyed with a bottle of wine!