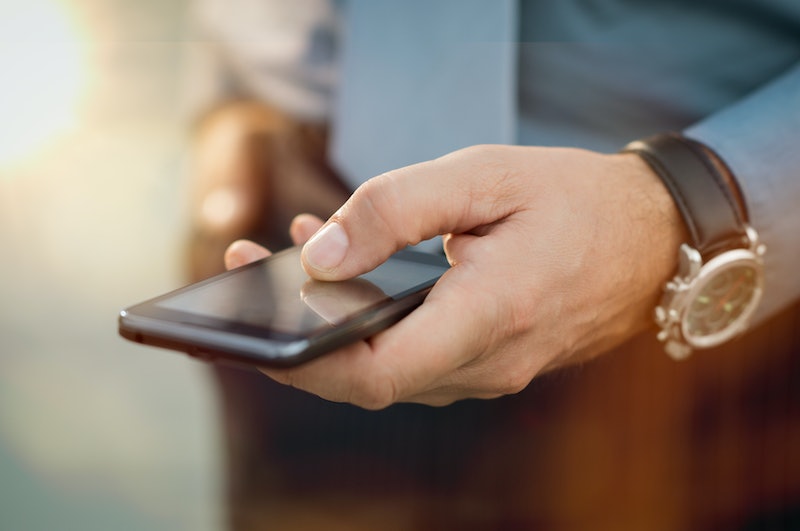 I've always felt left out of the trend of giving your parents shoutouts on social media. My parents and I definitely don't follow each other online, so making a thoughtful post and dedicating it to them would be moot — they'd never see it! And my question is: why are other people posting sweet messages to their parents via Instagram captions when they've been blocking their parents from following them on social media since college? It just seems counter-intuitive. For this reason, I'm putting together a list of Father's Day Instagram captions to post about your dad if he's not on Instagram. I'll save the messages that I actually want my dad to see for a greeting card that he'll actually get to read.

Here, I'll share with you the snarkiest, wittiest, and silliest captions that I have no intention of ever sharing with my dad, directly. If you're cool enough with your parents to let them follow you on Instagram, and you trust them enough to risk them commenting something very awkward on your photos, good for you. You should stick to the more sentimental father's day quotes, though. But if you're still hiding your online identity from your parents, consider a comedic approach to a parental Instagram shout out this year. Here are the best quotes to dedicate to your dad who will never see them:

“You can tell what was the best year of your father’s life, because they seem to freeze that clothing style and ride it out.” - Jerry Seinfeld

“Even though I’m proud my dad invented the rear-view mirror, we’re not as close as we appear." - Stewart Francis

“The older I get, the smarter my father seems to get.” - Tim Russert

“Fatherhood is great because you can ruin someone from scratch.” - Jon Stewart

"Dad always thought laughter was the best medicine, which I guess is why several of us died of tuberculosis." - Jack Handy

"My father always wanted to be the corpse at every funeral, the bride at every wedding, and the baby at every christening." - Alice Roosevelt Longworth

"I have always had the feeling I could do anything and my dad told me I could. I was in college before I found out he might be wrong." - Ann Richards

“When you’re young, you think your dad is Superman. Then you grow up, and you realize he’s just a drunk guy who wears a cape.” - Dave Attell

“Having children is like living in a frat house - nobody sleeps, everything’s broken, and there’s a lot of throwing up.” - Ray Romano

"My father hated radio and he could not wait for television to be invented so that he could hate that too." - Peter De Vries

“A father has to be a provider, a teacher, a role model, but most importantly, a distant authority figure who can never be pleased. Otherwise, how will children ever understand the concept of God?” - Stephen Colbert

“When you're a dad, there's no one above you. If I don't do something that has to be done, who is going to do it?” - Jonathan Safran Foer

“Some parents sometimes use junk food as a babysitter.” - Mokokoma Mokhonoana

"Life was a lot simpler when what we honored was father and mother rather than all major credit cards." - Robert Orben

"A father is a man who expects his children to be as good as he meant to be.” - Carol Coats

More like this
7 Birthday Instagram Story Ideas Your Friends Will Love
By Emma Carey
The Best Time To Date After A Breakup, According To Experts
By Bustle Editors
The Top Mistakes Scorpios Make In Relationships (& How To Avoid Them)
By Nina Kahn
9 Funny Instagram Locations To Use On Your Next Post
By Siena Gagliano
Get Even More From Bustle — Sign Up For The Newsletter