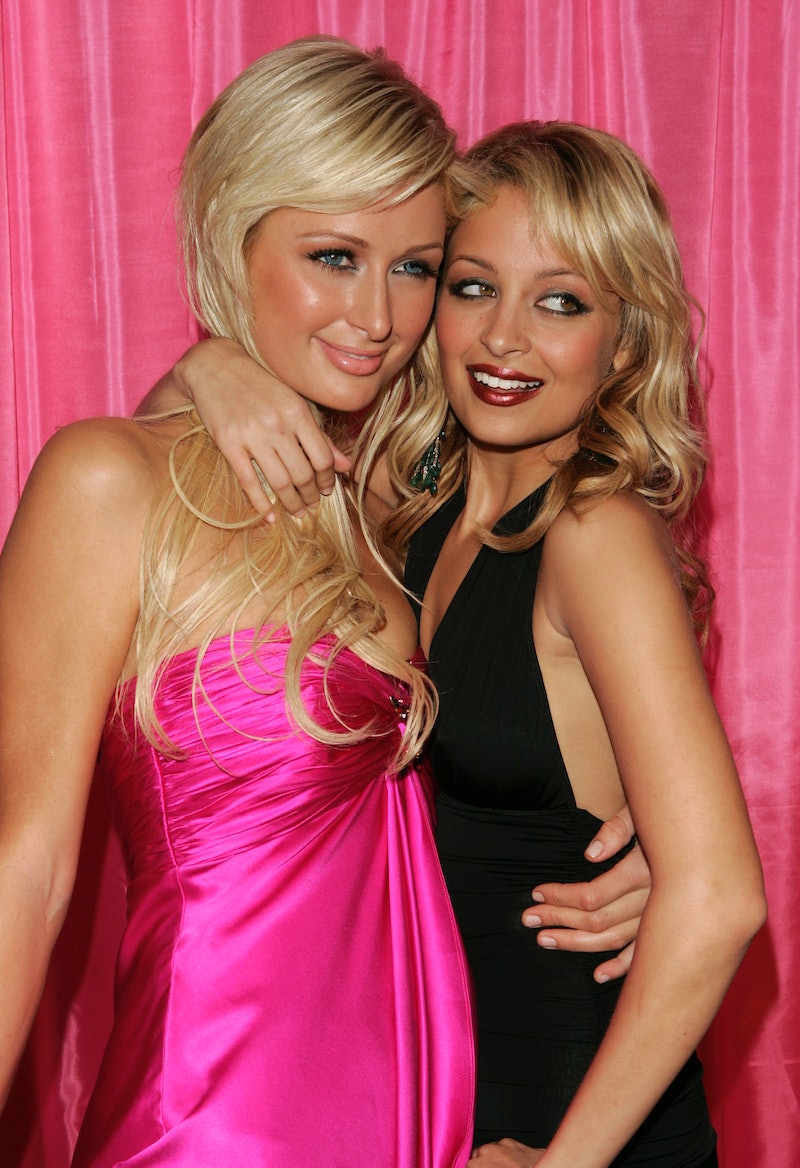 There is nothing more early 2000s than Paris Hilton and Nicole Richie on The Simple Life. Not only were they two of the most popular socialite celebrities of the day, but they also wore some of the most 2000s clothing items available. Some of the outfits from The Simple Life are so outdated, it hurts. And the last season filmed in 2007, aka only a decade ago. That's not that long ago.

I wouldn't say that Hilton and Richie were style icons back in the day, but they were definitely icons and they definitely participated in the fads. Hilton was literally made for all of the trends in the early 2000s. She could wear them now and no one would even bat an eye because they just look so right on her. However, Richie was definitely still figuring out her personal style while filming The Simple Life, and now she's become a bonafide style icon.

From low rise jeans and UGG boots to mini skirts and Von Dutch hats, Hilton and Richie really leaned into the early 2000s and totally nailed it.

Here are 17 outfits from The Simple Life that look so dated, but in the best possible way.

Paris' legitimately look like they are going to fall off.

Wow, this is an outfit that just keeps giving. The epitome of early 2000s fashion.

There are so many things going on in this gif.

Here's hoping matching outfits with your BFF makes a comeback.

Athleisurewear before it was a thing.

They were probably designer, too.

Gotta love what her tee says though.

Those cuffs are a tad excessive.

I'm not convinced these were ever trendy, to be honest.

Paris had a very serious relationship with Trucker hats.

PSA: Denim dresses might be trendy again, so don't judge too harshly.

More like this
The Louis Vuitton Cruise 2023 Show Was Full Of Chic Celebs
By Allie Fasanella
Lizzo Shared An Iconic Throwback Robert Pattinson Photo With No Context
By Brad Witter
The “Ugly” Trends Bella Hadid Makes Look Cool
By Allie Fasanella
14 Spicy Bralette Outfits For Vaxed Girl Summer, Round 2
By Avery Matera
Get Even More From Bustle — Sign Up For The Newsletter