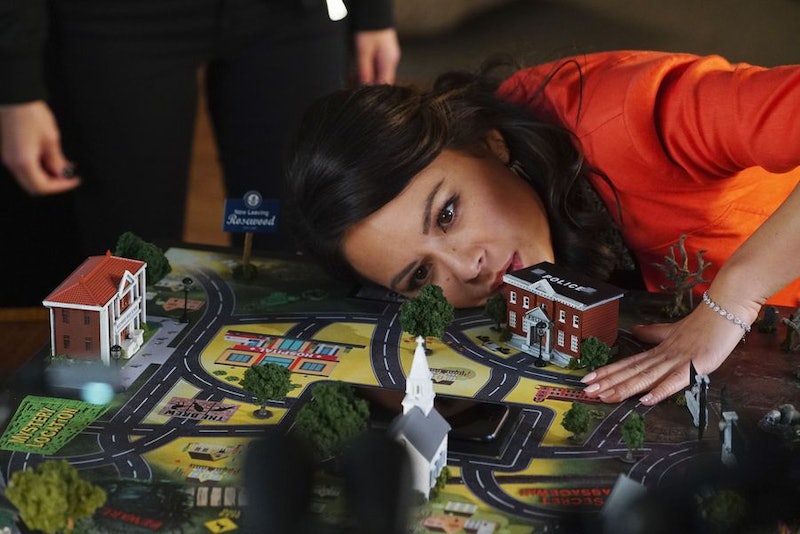 As fans prepare for (*sob*) the final episodes of Pretty Little Liars, you're likely feeling all sorts of nostalgia about the characters you've grown to know and love — or hate — over the past seven seasons. With no disrespect to the core four, there's one character that may be missed most of all: Mona on Pretty Little Liars.

Sure, she isn't necessarily the most likable person in Rosewood, but she's definitely the most interesting. No one keeps viewers guessing quite as much as Mona. Yes, Ali's motives are often questionable and no one knows what the heck is going on with Aria right now (although her collusion with the A team may just be a major red herring). But Mona? Fans would give anything to know what's really going on inside that brilliant head of hers.

Out of all the show's characters, she's gone through the biggest transformation over the past seven seasons. When she was fed up with being victimized by Ali, she went into villain mode. Post-Radley, she returned to Rosewood and was victimized again, this time by Charlotte. And now? Well, it seems like she has the best of intentions — but there's always something about Mona that you can't quite trust. And that's one of the reasons she'll be missed so much.

More like this
Twitter Is Unravelling Over Wolverine’s Return For 'Deadpool 3'
By Darshita Goyal
Nicola Coughlan Shared A Lady Whistledown Excerpt From ‘Bridgerton’ Season 3
By Grace Wehniainen, Alyssa Lapid and Sam Ramsden
A New 'And Just Like That' Table Read Pic Confirms A Key Character's Return
By Jack Irvin and Grace Wehniainen
You’ll Definitely Recognise Both Of Ty Tennant’s Parents
By Maxine Harrison
Get Even More From Bustle — Sign Up For The Newsletter