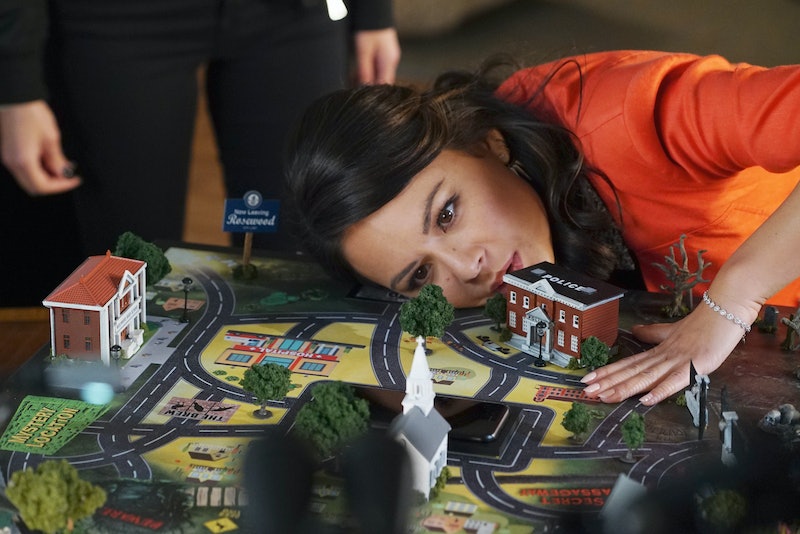 Since the show is known for its surrealism and logic-defying plot twists, you know that the most insane theories about how Pretty Little Liars will end are going to be fairly extreme. We can't just ascribe this to the show's taste for melodrama, though. Over the seven years the series has been on air, there have been all sorts of loose ends and plot holes, like disappearing characters (whatever happened to Aria's father's evil mistress, Meredith, anyway?), hints that more than one character might be suffering from mental illness (Spencer, Ezra, Aria, I'm looking at you), and shocking reveals of real parents and extra siblings.

As such, any truly comprehensive endgame theory would have to go to serious extremes in order to make all the twists and the turns of the show seem like they've been leading up to this shocking end all along, rather than the mistakes of a group of overtaxed writers who've had to write a really, really long mystery for years and make sure it all adds up. Still, admittedly, half of the joy of hanging out in Rosewood has to be checking out all of the out-there theories. So prep for the finale and sift through the weirdest theories about the endgame to be sure you won't be too shocked when June 27 rolls round.

More like this
A Familiar 'Sex Education' Star Just Got A Major Role In Fantasy Teen Drama 'Silver'
By El Hunt
What Is 'Pretty Wild' Star Tess Taylor Up To Now?
By Morgan Leigh Davies
The Queen’s Cause Of Death May Not Be Formally Announced
By Shahed Ezaydi and Catharina Cheung
The New Bachelor Will Be Announced Next Week & Here Are The Top Contenders
By Grace Wehniainen
Get Even More From Bustle — Sign Up For The Newsletter